09.00  Re-activation: Auteurs and Agency in a Photographic Exhibition

In the late 1960s, the North American field of photographic studies began to develop across a range of practices and institutions. By the early 1980s, much of its cultural infrastructure—artist-run centres, art colleges and university departments, and art gallery collections—had been roughed into place, although many of Canada’s leading museums were resistant. The medium’s existential question remained unresolved: should photography be considered a document or a work of art? Indexicality and intentionality played well on this stage, sometimes as foils, when the actual capture of the photograph—the actuality preserved for posterity—could be seen to trump the artistic aspirations of the maker. It was at that moment—in 1981 to be precise—that Douglas Crimp published “The Museum’s Old, the Library’s New Subject,” in which he referred to recent institutional discoveries of photography “as an essence, photography itself…as a modernist medium.” Crimp had two institutions in mind, the Museum of Modern Art and the New York Public Library—the art museum and the archives. As he argued, these dissimilar collections were both implicated in an ontological and custodial scandal: the “elevation” of photographs created to perform useful functions— “information, documentation, evidence, illustration, reportage”—to art.

Crimp’s was not an isolated attack. Abigail Solomon-Godeau, Rosalind Krauss, and Martha Rosler wrote similar polemics, attacking the Western art museum’s redefinition of the archival object. Allan Sekula’s “The Traffic in Photographs” condemned what he saw as a market-driven aestheticization that distorted historical materialism.

In Canada, the photographic market and museum collections were as yet barely bearish, but entering these debates involved only moral and intellectual investment. Circulating widely, cited liberally, these ideas became tenets of photographic discourse. They were not the last word, however, as a group exhibition mounted in 2013 by the Montreal Museum of Fine Arts clearly shows. Its very title, “Auteur Photography in Quebec: A Collection Takes Shape at the Museum,” expressed both a philosophy and an acquisition policy. From the wall panel we learned that 1970 was the start-date of this collection and that 1500 works had been acquired to that point: the exhibition had been organized to represent in-depth photographic series produced by eleven photographers. “Auteur photography” was lucidly defined as an approach with affinities to documentary photography, but akin to literature in terms of subjectivity and therefore meriting recognition as works of art. This rationale was arresting, for the museum was effectively re-performing the re-definitional acts that had drawn the ire of photographic theorists in the early 1980s, and doing so with the same kinds of photographs. They were either social documentary photographs—images of Quebec society—or views of the built environment taken at a time when Montreal’s architectural heritage and neighbourhood life were being threatened by urban planners and greedy developers. They were, in other words, preservationist and activist, both materially and in their expression of socio-political values.

Does the acquisition of these photographs as works of art defeat their original purpose, as Crimp and his cohort would have argued? I did not conduct an exit interview for this exhibition—would that I had—but I did spend some time observing the behaviour of audiences who appeared not the least caught up in aesthetic notions, but wholly engaged with the content of the photographs which functioned for them as windows to the past, damning evidence, and collective reinvigoration. The exhibition could thus be defined in French historiographer Pierre Nora’s terms as a “lieu de mémoire.” Rather than museumization redefining the work, this photographic heritage might be transforming the art museum into an agent for change, or so I observed and will argue. 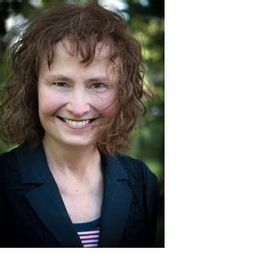