13.30  Nicosia Hot-Spot: Visualities of Memory in the Urban Space

This paper will focus on Cyprus and in particular on the divided city of Nicosia, its capital. It will explore the formations of collective memory among the Greek Cypriots and will discuss how official political rhetoric selected, manipulated, and re-inscribed in words, visuals, and mnemonic enactments, the components of that memory, in a way that vindicates the historical past and legitimizes future aspirations.

If identity and memory are political and social contracts and if, as John Gillis (1994) put it, they “are not things we think about, but things we think with,” then the construction of their components and their reiteration in public space become part of a social-tuning process. The enactment of national and cultural identities in Cyprus—especially since 1960—seem to be based on what Aleida Assmann (2010) named “core areas of active cultural memory: religion, art and history.” According to John Elsner (1994), there is no objective narrative of history; what matters is its reception. Therefore, since history can be perceived as a mode of memory—or cultural memory—then the innate collectiveness of the term requires the mediation of cultural conventions, such as a coordinated visuality, symbols, and rituals.

This paper will refer to the political memorials, urban planning details, and street names of Nicosia. It will also refer to the materialization and projection of historical memory on the “Green Line,” the cease-fire zone since the Turkish invasion in 1974, which cuts along the island and remains physically and symbolically an open wound. Although they all seem to go unnoticed in citizens’ daily routine, they turn into emotional hot-spots when certain events or circumstances elicit actual or imaginary feelings of danger, or challenge the shared identity. They are the tangible imprint of the political and cultural partition. I will argue that the public’s daily contact with them is inextricably associated with national and cultural identity awareness and, hence, holds a pivotal role in the construction of the political rhetoric.

Despite the numerous invasions and occupations Cyprus has withstood throughout history, the feeling of ellinikótita (greekness) that summarizes the Greek Orthodox ideals—with which Greek Cypriots identify themselves—has remained intact. The Greek-Cypriot pursuit of énosis (“union”) with motherland Greece resulted as a natural consequence of that identification and has become a distinct cultural and political request. It ultimately culminated with the National Organization of Cypriot Fighters’ (Ethniki Orgánosi Kiprion Agonistón: EOKA) struggle from 1955 to 1959, which ended with the (unexpected) independence of the island in 1960. Until 1974, the ethnic majority of the Greek Cypriots (approximately 80%) climaxed bias against the 18% of the Turkish Cypriot minority and frequent conflicts resulted in extreme violence and deaths toll on both sides, mainly, though, on the part of the Turkish Cypriots.

The almost six hundred memorials spread across southern Cyprus bridge the past with the present and serve as malleable rhetorical components in the construction of dominant national and cultural myths. Their biggest concentration is found in the four big cities, especially in Nicosia, which became a symbol of political and ethnic conflict per se. Both the divide and the memorials are the constant visual recalls to blood and loss, and establish an affect state that—due to its non-conscious and, hence, abstract nature— reinforces the awareness of the self, both in its individual or its collective scope, create powerful shared realities, and turn the recollection of the shared past as the “realization of belonging.” 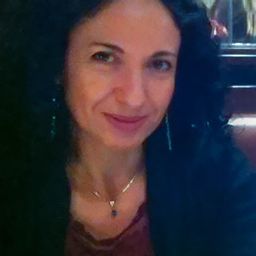