09.40  The Evolution of Policies and Plans for Cultural Heritage Conservation in the Case of Tehran, Iran (1989-2015)

The historic centre of Tehran, the former bustling area with many precious buildings of Persian style architecture, has lost its attraction for many of locals and non-locals because of its incompatibility with necessities of contemporary life. Due to absentee owners and disinvestments, the consequent deterioration affected not only the quality of life in the city centre but also its cultural identity. In an attempt to investigate the fundamental reasons for these problems, this paper will address some challenges in the management of historical cultural urban areas, particularly in so-called developing countries like Iran.

First, with a descriptive and interpretive tone, the paper will discuss major events in different time periods, in the scale of both the country and the heritage sector. Second, in order to understand why Tehran has been neglecting its urban heritage and as a result tarnishing its urban identity, the paper will look at the five-year plans of the country (i.e., Laws of Economic, Social, and Cultural Development Plan of the Islamic Republic of Iran) formulated and approved between 1989 and 2015. This section will describe and analyze (specifically from a heritage perspective) the way in which these development plans affected and led the perceptions of heritage management by main bodies involved in planning the city. Third, the paper will focus on the practices of those administration and operation agencies (including Iran Cultural Heritage, Handicrafts and Tourism Organization (ICHTO), Ministry of Road and Transportation (MRUD), and Municipality of Tehran) with regard to cultural heritage conservation. By means of a critical review on national regulations and the heritage management system, the paper aims at shedding light on the actual relationships of power that shape the political economy platform where important decisions about cultural heritage in Iran are made. It will conclude with confirming the necessity of arriving at a more profound understanding of how meanings of heritage need to continuously be reconstructed and institutionalized in accordance with socio-political influences of the place, and beyond the local-global divide. 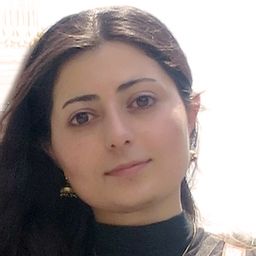