Public housing in Singapore is invariably touted as a success story in resettlement and housing ownership. More than 80% of Singapore’s population live in Housing and Development Board (HDB) flats, and public housing dominates the city-state’s landscape. Public housing is typically accorded heroic beginnings in the early post-independence period through the triumphant story of the rehousing of squatters who were rendered homeless in the aftermath of the fire at Bukit Ho Swee in 1961. In reality, the issue of housing and resettlement, particularly the politics of compensation and rights to occupancy, had been at the forefront of the public campaign of HDB’s precursor, the colonial Singapore Improvement Trust (SIT) under the late colonial administration, particularly in the post-WWII years, in the 1950s. Their narratives differ. The SIT emphasized the health and sanitation hazards of squatter housing and of imperial benevolence. While the HDB inherited this older narrative on its own terms under a post-independence government, the rallying call of progress and development became more prominent to legitimize the tabula rasa model of large New Towns, especially since the implementation of the public housing program involved compulsory land acquisition and total clearance of older settlements—including those possessing legal ownership of the land.

A remarkable shift can be observed in the popular and scholarly treatment of the subject of public housing in Singapore. From the 1970s to the 1990s, much scholarly attention was focused on the process of resettlement, critique of the new housing estates, and the effects on the displaced or relocated communities and families. The notion of public housing as heritage was then absent. Today, however, early examples of public housing have been valorized as heritage in Singapore, achieving official recognition with the gazetting of the pre-war SIT estate at Tiong Bahru in 2003. Increasingly there is now an appreciation of the low-cost postwar housing of the SIT and HDB too, with a focus on flats and estates as artifacts of architectural history and as sites of community heritage. There is now an emphasis on contextualizing the architectural significance of the flats and terraced homes, including an appeal to tropes about climatic design or modernism. There has also been a series of “memory project” initiatives by which popular nostalgia is harnessed within the framework of the documentation of community heritage in old estates, an endeavour that began with civic groups but have become co-opted by the state as a means of further expanding the reach of its narrative on the public housing program. The perceived utility of heritage projects as a means of canvassing community participation has been sufficiently appreciated to warrant state sponsorship of new heritage trail initiatives for HDB estates.

These strategies at times conflict with the HDB’s agenda of continued redevelopment of older estates, involving the demolition of SIT estates as well as older HDB precincts. There is also a paradoxical situation in which paternalistic campaigns by the HDB to promote community spirit and a sense of belonging in its estates now encounter community heritage efforts that seek to retain older flats that are slated for demolition. These include cases where efforts are being made to call for the protection of a number of surviving SIT estates, or the recovery of a fascination for the design and layout of demolished ones—previously such colonial-era estates had been consigned to ignominy by the nationalist public housing narrative, as examples of the failed attempt by an incompetent colonial board to solve the housing problem. Finally, the notion of public housing as heritage in Singapore, whether connected with architectural significance or community memory, has thus emerged as a site for the negotiation of not only state notions of public housing history and the location of heritage, but even of the very object of civic engagement and belonging that are laden with ironies. This paper will retrace the shifts in the discourse on public housing history, the origins of the heritagization of old flats and estates, and consider what these reveal about the discursive power of heritage as a medium of state and civic engagement. 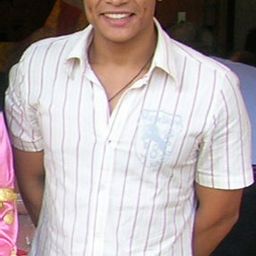