09.30  Contributions to a Critical Theory of Conservation

Conservation has conventionally been seen as an endeavour located at the edge of cultural heritage studies. Positioned in a zone defined by pure praxis—involving a diverse set of pursuits relating to science and technology, craft, connoisseurship, art history, and material culture studies—conservation has not been perceived as a discipline with its own history or with its own critical theory, beyond certain professional ethical guidelines and constraints. However, recently practitioners in the field have begun to elaborate a critical theory of conservation. This theory has grown out of a natural inclination to question the validity of long-established principles and a desire to determine a history of conservation in which to situate contemporary practice. The resulting intellectual inquiry also responds to a professional obligation to establish a foothold in the burgeoning development of critical heritage theory in general.

This paper will examine the current state of a critical theory of conservation, and demonstrates how this theory has had an impact on the way we understand the material objects of our past and present. Recent publications have contributed to the development of a historiography of conservation, certainly a first step in the elaboration of a well-founded critical approach to both practice and theory. Of particular interest to current thought are the post-Second World War essays of Cesare Brandi and his contemporaries, whose polemics created the first integrated theory of conservation, fusing aesthetics and technique in a unified model that has left an indelible trace on all subsequent debate. More recently, researchers have critically addressed long held assumptions about conservation practice and what has been termed conservation philosophy, and as a consequence have begun a serious re-evaluation of the place and significance of conservation in the larger heritage debate. Among other issues, they have questioned the pursuit of authenticity through conservation treatment, challenged the basic assumptions of what it means to preserve objects from other cultures, investigated the historic shifts in treatment strategies and priorities, and re-imagined the role of the object itself in conservation practice. Borrowing freely from other discourses, conservators are cobbling together a critical theory that will allow them to participate more meaningfully in current heritage debates.

What can conservation change? Although often perceived as the handmaid of heritage, lending technical expertise in the preparation of objects and monuments for mass consumption, conservation, in its foundation in the actual and in the material fragility of what remains, can also be a thorn in its side. While conservation’s unique and privileged perspective on the material world would seem to bolster a more positivist attitude, uncertainty is often its unexpected master: materials research can be humbling in its surprising resistance to revelation, and an historical awareness of both the fluidity and the impact of past treatment perspectives encourages the questioning of current approaches. The development of a critical theory of conservation, it is to be hoped, will refine practice and open doors to communication, contestation, and collaboration with the larger heritage community. 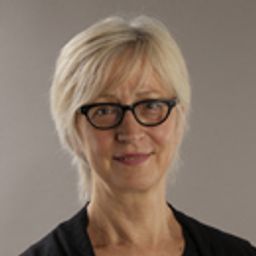