Drawing upon recent research that I conducted, this paper will explore if and how radio can be used to promote remote access to indigenous archaeological collections for members of traditionally oral cultures, with particular attention to how aboriginal media techniques can help to inform museum interpretation. With increasing globalization, museums can now reach audiences who may never enter the museum’s physical space. This is especially important for First Nations with a strong cultural interest in museum collections they are often unable to visit. How then, can we interpret indigenous objects in a culturally coherent manner without a physical encounter? Within this, how can competing expert narratives be navigated and expressed simultaneously?

In the absence of the object, museum interpretation takes on a more prominent role. Defined as the process through which connections are forged between the audience and the meanings inherent in the material, interpretation derives meaning from the way it is delivered. This paper will acknowledge the insufficiencies of visual messages for providing remote interpretation for First Nations communities and proposes audio as a supplementary medium, which offers alternative interpretive benefits and is more broadly accessible as it relies less on the digital and textual literacy of its audience.

Historically, relations between First Nations groups and museums have been difficult, both because of unethical collecting practices and a lack of cultural coherence in the techniques used for their care and display. Repatriation and collaboration efforts have strengthened these relationships and taken steps toward new forms of representation and interpretation. Similarly, efforts to reclaim the representative authority of the mainstream media have produced a number of strong aboriginal media outlets with a focus on aboriginal authorship and self-representation. While these advances have helped to reclaim representations of First Nations, there is still work to be done in terms of how the public engages with indigenous collections and heritage. This paper will explore one way that museums can approach the task of interpretation while supporting the source community’s cultural agency. As such, the theoretical framework of the paper draws upon the existing literature on indigenous museology, digitization of indigenous cultural resources, and indigenous media.

In order to fully examine both the theoretical and practical impact of the co-production of interpretive radio resources, the paper draws upon participatory action research conducted by the author in South-central Ontario. Over the course of a year, the author worked to establish a relationship between Sustainable Archaeology McMaster (an archaeological repository) and a number of local First Nations radio broadcasters in order to produce a radio program aimed at providing remote and culturally coherent interpretation of a selection of archaeological materials. While exploring the theoretical implications of this kind of co-production, the paper will also discuss the influence of logistics on the content of such a radio program. 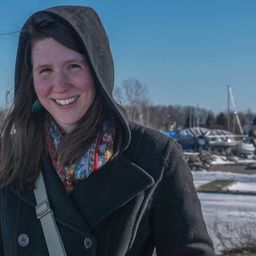