Employing examples from maritime heritage attractions in Sweden this paper aims to analyze how heritage stakeholders situate their enterprises through unreflective references to childhood.

A pioneer in the business of shipwreck tours started a heritage project by trying to convince investors and to create general interest in the planned tours by thoroughly referring to the thrilling documentary films about the Titanic by James Cameron. In contrast to the logistically complex and not-so-dramatic shipwreck tours that were eventually realized, the pioneer’s almost boyish appreciation of the adventurous qualities of Cameron’s documentary conveys feelings of childhood. Another stakeholder in the same project recalled a media event from his childhood when he talked about his early interest of old warships at the bottom of the sea. Thus he told me in an interview about how he absorbed the live television broadcast in the early 1960s of the rescue of the seventeenth-century warship Wasa in Stockholm. A third stakeholder, involved in another maritime heritage attraction, referred to his seemingly happy childhood as a contrast to contemporary selfishness and gentrification that, in his view, seem to threaten the surrounding landscapes of his heritage project located on a an island where he spent his childhood summers.

One of several hot-tempered arguments in David Lowenthal’s classic work The Heritage Crusade and the Spoils of History (1998) highlights the importance of childhood in the discourses of heritage. Since heritage merely seems to be a conspiratorial celebration of the past for Lowenthal, the childhood dimension is treated as a tool that the advocates of a specific heritage deliberately use to legitimize their version of bygone days. My research on heritage attractions confirms Lowenthal’s claim that childhood is a crucial element in heritage. Through analyses of texts and interviews pertaining to the maritime heritage attractions in Sweden, however, I contend that the use of more or less salient references to childhood could be understood as unreflective and habitual articulations. Nonetheless, even though the forms of heritage attractions may vary and the stakeholder’s so-called personality may differ, the imaginary landscapes of childhood appear to function as central prerequisites in the enterprises of heritage. However, to offer a deeper understanding of how the uses of childhood work within the logics of heritage, I propose that we move beyond Lowenthal’s critique. I propose that the references to childhood could be related to the concept of emotional communities, introduced by the historian Barbara Rosenwein (2006). The emotional community for her is a group in which people have a common stake, interests, values, and goals. These are reached through representations of emotion within in a system of norms and convention. The analysis focuses on the fabric of a social community and how emotions are discursively expressed; not unmediated feelings or emotions, which is the case in psychology. I believe that an analytical approach that makes use of the concept of emotional community with the focus on the different uses of the feeling of childhood is a way to deconstruct naturalizations, hierarchies, temporality, and spatiality within heritage. 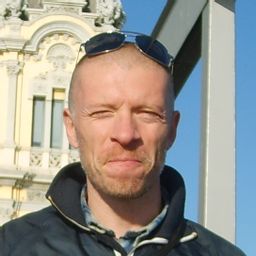