16.30  Have You Read "Dig Where You Stand"? Re-Imagining a 1978 Manual for Participatory Heritage Activism

While national and international heritage processes during the second half of the twentieth century can be characterized as mostly hegemonic and expert-led, there are also notable counter-examples to be found in history. One such example is the “Dig Where You Stand” (Gräv där du står) movement in the 1970s and 1980s, named after a book published in 1978 by Swedish author, activist, and researcher Sven Lindqvist.

Inspired by the understanding that “History is dangerous. History is important because the results of history are still with us,” Lindqvist’s book was a detailed manual to do-it-yourself historical research aimed at workers because “Factory history could and should be written from a fresh point of view—by workers investigating their own workplaces.” Translated into several other languages and influential within the History Workshop, oral history, and community-based archive movements in the late 1970s and 1980s, Lindqvist’s writing and talks resulted in many Dig Where You Stand (DWYS) groups and initiatives being set up in Sweden, Germany, and the UK, not just by workers but by many different groups including local communities. It is, however, uncertain how much was actually read of Lindqvist’s book, and DWYS has turned into a motto only referring to local history-making, something that arguably is not quite in line with the diverse instructions found in the original manual. As neither the non-published English translation nor the original book are readily accessible to the majority of potential readers outside the Scandinavian countries, this paper will: outline the history and principles of the DWYS movement; reread and reimagine Lindqvist’s 1978 manual; explain the significance of participatory history-making and archiving; and most importantly will describe the on-going collaborative work toward producing a critical re-imagined Dig Where You Stand approach, grounded in the interstices and contact zones between creative, artistic, activist, and academic approaches to digital archiving, public history and knowledge-production.

We, as academics and activists, view archives, in particular the activation of community-based and participatory archives, as a crucial space for meaning-making and knowledge production, as fundamentally a political practice in which individuals, communities, academics, and institutions can engage across borders to collaboratively develop narratives and tell stories that challenge inequalities and contest other narratives which privilege elite and established viewpoints, support identifications and belonging, employ “useful pasts” to build solidarities, and act as a place to dream and play in fashioning alternative or more just futures.

This paper will describe how the authors are drawing on their own research on and with community-based and participatory archive and history-making practice to collaboratively develop a manual of archival possibility, Digging where you stand, dancing where we dig. For this endeavour we employ a “feminist corporeal-materialist aesthetics,” that is, “an aesthetics based on situated knowledge, embodied subjectivity and materialization of meaning,” and the practice of community-based archiving as profoundly political and activist activities providing the individual and communities with a voice, and a moving body, in the development of a more consciously democratic society. So, while Lindqvist envisioned mostly men from one social group engaged in digging up industrial history, we imagine a more dynamic, digital, and diversified approach, taking place on a scena, a shared “practical and material space for action.” In this process we emphasize the utility of returning to a historically influential text and thus bring the past in the present and argue that it is imperative to aim for the firm and substantial building of better worlds and futures in ways as practical and empowering as in Lindqvist’s 1978 manual. 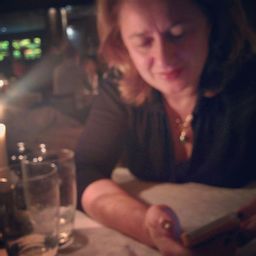