This paper will question the current heritagization processes of a displaced community, the Russian Old Believers of Romania. These people left Russia in the seventeenth century, following the schism with the mainstream Russian Orthodox Church. Their religious practices placed a great emphasis on continuity with a form of orthodoxy preserved since the Christianization of Russia in the ninth century. Old Believers thus refused to accept the innovations proposed to realign the Russian and Byzantine orthodoxy and fiercely defended their old ways. With a regime of persecutions instated within Russia, many of them decided to migrate to different countries around the world such as the Baltic States, Canada, and Romania.

Resettling in a different community, Old Believers had to reconstruct the ethnic narrative in correspondence with their hybrid position as Russians living across the border.

Concentrated on the present-day Romania, more than 300 years after their departure from Russia, this paper will capture them in a transitional process in a post-socialist country. Religion still plays a major role in defining their sense of belonging and ethnic identity today. The change in regime that took place at the end of 1989 allowed the community to develop administrative authorities and reintegrate heritagization practices.

This analysis is guided by data from my multi-sited ethnographic research conducted with Old Believer communities in Romania, following a yo-yo method, and documentary data associated with these active involvement in the field.

Taking community as an imaginary construct, this paper will question the link between community-building processes and heritage. The link between groups and heritage has long been established: “The attachment that communities feel for places, monuments, and objects—expressed through pilgrimage, religious devotion, story-telling, and tourism—can be a vital means of constructing group identity.” There are different layers to this process. One of the questions raised is which elements are accepted as natural as they align with the official narrative, the “authorized heritage discourses.”

Moreover it asks which are the contradictions and tensions highlighted by field data, as communities, while ideally constituted along commonalities, “are not homogenous and neither is their heritage; disjunctions occur, and heritage-claims may not be consensual.”

The relationship with place/space will also be considered through an analysis of their relationship with their homeland, Russia, as one of the categories defining their identities. The mythical Russian homeland as a social and cultural construction rather than an existing place will be analyzed as an additional frame of reference in the heritage-making processes active in this community.

Their “Russian” origin and heritage is integrated within events and rituals in different ways. Russianness is proclaimed, at times, though “imagined traditions” where items of clothing removed for a long time from Russian traditional costumes active use are integrated today in Romania in costumes for choir groups and other performers. It is proclaimed, moreover, in official speeches or interviews with representatives of the Old Believers non-governmental organization. It is also proclaimed, in a rather unintentional manner, through the everyday practice of the Old Belief. How do all these threads add up?

Last but not least, the performance of heritage and commodification processes present in the areas of major touristic interest, such as the Danube Delta, will also be considered in the analysis. With different strategies for staging Russianness, Old Believers perform their ethnic identities to attract tourists at local events, visit houses and religious sites, adding further layers to the complex heritage processes that take place in this community. 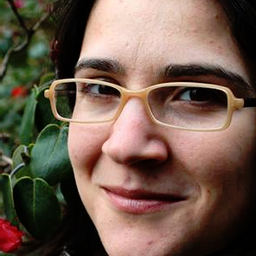