This paper will explore the relevancy of the nascent critical heritage studies movement to the future of built heritage conservation. This analysis leads to the conclusion that critical heritage studies theory, while useful in some contexts, is potentially unworkable in practice. To date, its theoretical precepts do not offer useful ways to weigh the values of civil and conventional experts or to offer ways to resolve conflicts inherent in the Authorized Heritage Discourse (AHD). Implementing critical heritage studies theory in practice may therefore be functionally impossible because it assumes that all values are equal, that everyone is an expert, and that conservation no longer addresses anything that is physically real.

When David Lowenthal published The Past is a Foreign Country in 1985, it challenged many assumptions in international built heritage conservation practice. By the early 1980s, legislation had been passed in most developed countries to protect built heritage and rules created to regulate design in the name of authenticity. Yet, Lowenthal was anything but congratulatory toward the movement, instead focusing on the shortcomings of how practice fails to understand impacts to people and their relationship to heritage. His novel humanistic-geographical approach helped formed the basis of a new field of study now known as “critical heritage studies.” More recently, in 2012, the Association for Critical Heritage Studies was formed at the University of Gothenburg to engage in “‘ruthless criticism of everything existing.” In its manifesto, the primary goals of the association are to “democratize heritage” and critique the “fetishising of expert knowledge.”

The critical heritage studies theory is based on the following, core principles:

1. Heritage experts ignore or “sideline” the values of most stakeholders, a concept referred to as the “Authorized Heritage Discourse” (AHD).

2. Heritage can be found anywhere and everywhere.

3. Everyone is a heritage expert.

4. Significance is defined by what people think is important about the characteristics of a heritage object at this very moment, independently of historical facts.

5. Authenticity is pluralistic, not controlled by any one entity, and defined by social, cultural, or personal values, and may have no direct relationship to physical fabric; ideas can be “authentic.”

6. Heritage values are not fixed, and are best understood as processes that are in constant flux; therefore, it is impossible to create heritage inventories or lists of objects to be conserved because while today they may be significant, they may not be tomorrow.

In essence, what we have is a paradigm in which anyone can declare an object as historically significant, anyone can determine its authenticity, and anyone can make a decision on how to conserve this authenticity. Largely absent from critical heritage studies’ “ruthless criticism” is a method to evaluate the relative importance of values or to even acknowledge the possibility that some individuals may be more qualified to make decisions on these matters than others in some contexts. We have therefore arrived at the impossibility of making decisions because all values matter and all values are equal. In addition, this rhetoric is divorced from the fabric of place, as if physical reality were tangential to existence, experience, and meaning. If tangibility does not matter in the critical heritage studies theory, then there is no need to even consider the improbability of implementing this theory in the context of the regulatory environment, which demands the objective evidence of law and the requirement that some values are more important than others. Without this criterion, no decision can be made and therefore built heritage cannot be protected.

Ultimately, the critical heritage studies theory may prove to be largely irrelevant to the conservation of the historic environment because its theories are unworkable in the real, tangible world. Moreover, what is needed is a more grounded discussion between orthodox and heterodox conservation theorists and practitioners; without this kind of real world grounding, critical heritage studies theory is unworkable in practice. 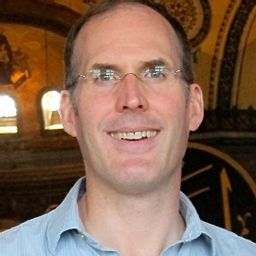