Canadian society is diverse, and in it, multiculturalism is well pronounced. Based on the Canadian Multiculturalism Act which recognizes Canadians’ wide-ranging religions, languages, and customs, the country has endeavoured to maintain a balance between cultural diversity and social cohesion. Over the centuries, migrants of different ethnicities have brought with them their cultural values as part of their heritage. Most Canadians’ identities are shaped around cultural practices, values, and traditions that do not necessarily reflect or overlap with the customs of their adopted country, or in the case of second and later generations, the country they were born and raised in.

Although it is critical for cultures to keep their distinct traditions, it is also desirable to understand the similarities between them in order to facilitate meaningful and respectful dialogue among Canadians that can contribute to a stronger sense of belonging. Oftentimes geographically distant cultures appear not to have common threads; however, upon close examination important similarities can sometimes be identified between them. This identification can bring the cultures closer, enhance the social bonds, and lead to the dissipation of cultural boundaries and a greater sense of connectedness which, in return, can contribute to a future, based on shared values, in which all Canadians would have a part despite cultural differences.

A research based on these objectives and goals would be quite important and timely in the light of the recently published Truth and Reconciliation Report and the urgent need to have full discussions around Aboriginal communities and their interaction with other ethnicities in Canada.

In this multi- and interdisciplinary paper, we will put side by side the Aboriginal Peoples of Canada and the fast growing Iranian-Canadian community, as a representative group. Our preliminary research has revealed that the two seemingly distinct cultures have, in fact, profound resemblances. We will argue that nature has a central place in both worldviews, as people in both cultures pay homage to and keep alive their ancestors’ sacred views of nature through rituals and cultural celebrations. The nature-culture interaction, key to both heritages, is transferred from one generation to the next in the forms of storytelling and poetry among other cultural mediums. In the same way that stories play a central role in the traditional Aboriginal way of life, poetry—as an embodiment of shared history, identity, and (spiritual) knowledge—occupies a highly regarded place in Iranian consciousness. The similar value attached to stories and poetry provides an avenue through which to compare these two cultures. In both cultures people use these imaginative forms to reflect on and understand their daily experiences. Iranians’ engagement with poetry aligns with the way stories help Aboriginal Peoples record, sustain, and convey their traditional knowledge, and in particular, understand their relationship with the land.

We believe that identifying the similarities between the two communities can serve as a model for other groups, both small and large, and both minority and mainstream. This study is designed to address the segregation that currently exists between Aboriginal communities and immigrant groups by proposing solutions to enhance cross-cultural understandings and providing an avenue through which heritage studies can be strengthened.

With the recent shift to define heritage more comprehensively to include both its intangible values and physical aspects, this paper will contribute to bridging these two aspects of heritage in terms of interactions between people, places, and associations, and it identifies new ways to benefit from such rich cultural values in a Canadian context. In dealing with these questions, our paper will incorporate a thorough response to the topic of this session. It will support the idea that heritage does change societies and strengthens the sense of belonging. 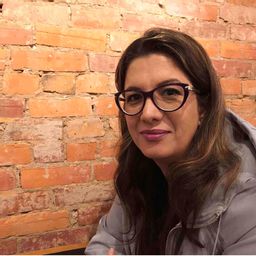