The history of York includes many documented instances of activist resistance to the kinds of developments which remove parts of the medieval city wall (mid-nineteenth century; 1940s), demolish terrace housing, widen roads or build multi-storey carparks (1960s-1970s), or make changes to create space for restaurants, hotels, or shopping centres (1990s-present day). Very often these campaigns and their explicit evocation of the importance of heritage have been characterized by their opposition as reactionary, against change and against progress. It is certainly the case, as with many oppositional activist campaigns, that heritage appears to be simply a move against a bad future, of not-that, rather than offering specific alternative visions.

Yet workshops held in York as part of a recent research project, “How should heritage decision be made?,” have suggested that the variety of evocations of heritage as a counter argument have some commonalities. While these campaigns have tended to be against specific proposals, a shared thread is frustration with the way local authority plans are developed and decided on. The claims that “heritage” is used to make can be read as being deployed not only against specific demolitions or changes but also against the failures of liberal democratic process. In this paper, I will give specific form to the negative space around oppositional activism to argue that these campaigns have been implicitly in favour of a more democratic, proactive space in which ideas for the city’s future can be generated, developed, and agreed on.

I will develop this argument by drawing out insights from an experimental pilot project, “York and Housing: Histories Behind the Headlines” (November 2015), which sought to use participatory engagement with the city’s archives (city housing commitment minutes, environmental health inspection records, social housing development, compulsory purchases records) and historic environment (histories of development of housing) to create an enriched and enliven public debate about housing development. To put it another way we sought to pluralize and critically engage “heritage” in a political field where an appeal to heritage might well be used to justify a “no.”

A crucial dynamic in the project was to use a variety of techniques of participation and collaboration (walks, discussions, rapid digitization of archives and social media, opinion pieces from researchers and Councillors) to produce complex accounts of the past—where, for example, innovative social housing (Rowntree Tang Hall development) might be seen to be as much part of the city’s heritage as views of the Minister or the green belt—In order to hold open a space for creative and engaged debate about the city’s future.

I will conclude by drawing out the specific political potentialities generated by conceptualizing heritage as a temporal structure which allows for the dynamic and constantly recalibrating relationship between the past and the future. As histories develop, are developed by more people, in varied ways, and involve more voices and stories, the space for public involvement in decision-making can be created that begins much earlier than the “no” of a campaign. 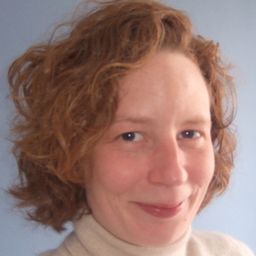