10.00  Heritage vs Property: Contrasting Regimes and Rationalities in the Patrimonial Field

This paper will examine the relationship between cultural property and cultural heritage with reference to case studies from Greece (Parthenon sculptures) to Morocco (Jemaa el-Fna) and from Iceland (medieval manuscripts) to Greenland (Utimut). Although their boundaries are often blurred and there are certainly overlaps and overflows between cultural property and cultural heritage, we will argue that historically the two represent fundamentally different approaches to subject formation, produce distinct bodies of expertise, and belong to different rationalities of government in the patrimonial field, or different “patrimonialities.”

We will contend that protecting cultural property is a technology of sovereignty and that, as such, it forms part of the order of the modern liberal state. Claims to cultural property help to form sovereign subjects with their own exclusive cultures and autonomous histories: nations, peoples, tribes, etc. Conversely, we will contend that safeguarding cultural heritage is a technology of reformation, cultivating responsible subjects, and entangling them in networks of expertise and management. The historical ascendancy of the cultural heritage regime coincides with a shift in political economy, from the liberal capitalism of the modern state to neoliberalism with its projects of responsibilization, its delegation of tasks of governance from the state, and its cultivation of self-governing capabilities.

Complicating linear, teleological narratives that suggest that cultural heritage is superseding cultural property as a legal concept, we propose to move from a legal to an historical definition of cultural property and cultural heritage as distinct, if overlapping, formations within an overarching patrimonial field: developing under distinct historical conditions (the one in the aftermath of World War II, the other in the aftermath of decolonization), they produce separate regimes (the one proceeding from the Hague Convention, the other from the World Heritage Convention) and distinct forms of expertise (the one primarily legal, the other primarily curatorial), which belong to different rationalities of government (the one liberal, the other neoliberal) and take a very different approach to the formation of patrimonial and political subjects (the one producing sovereign subjects in the mould of the liberal modern state, with rights, territories, borders, and property, the other producing subjects entangled in dense networks of neoliberal/postcolonial forms of governance). The one employs return, restitution, and repatriation as a technology of sovereignty, the other employs capacity building, education, collaboration, and the infusion of expertise as a technology of reformation. 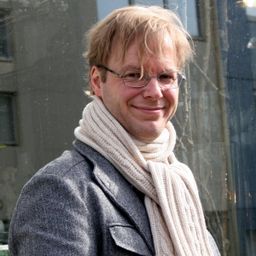