14.00  Heritagization and Religionization of Islamicate Culture in Europe

This paper will argue that European framings of Islamicate cultural heritage shows how interpretations of the secularization and re-sacralization of Christian-cum-National heritage should take account of the parallel religionization of the heritage and identities of the European nations’ Other – the Muslims. The complexity of the secularization process thus becomes more visible. The paper will also show that the understanding of religion and heritage can gain from an engagement with post-secular theoretization.

People that came to Europe from, for example, Turkey and Pakistan, in the 1970s and 1980s were called Turkish or Pakistani immigrants. Starting with the Rushdie affair of 1989, they have come to be called Muslims. There has been a shift from ethnicity and migration toward religious identification of European immigrants. The on-going secularization in Europe has during the last thirty years been paralleled by a resurgence of religion. This goes for religious self-identification and practice, as well as identification of otherness in religious terms. Paired with a stronger Muslim presence in Europe, this has meant that new interests have been tied to European museum collections of Islamic cultural artifacts. Collections that formerly were studied and presented more as arts and craft are now framed in dialogue terms, as a means to promote tolerance and understanding of Europe’s Muslim other.

The concept “Islamicate” is here used to make the discussion more distinct. It denotes the culture developed in milieus where Islam has been the over-arching religion, without connoting that this culture must therefore be “religious” in any qualified sense.

The last ten years have seen a backlash where stereotypes and out-dated approaches on Islam have returned and been strengthened in exhibitions and new museums of Islamic art. There is a gap between simplistic musealization of Islamicate cultural heritage and increasingly complex academic interpretations of Islamic arts and crafts. Islam is often framed as a separate and past civilization without direct contact with lived experiences in Europe today. 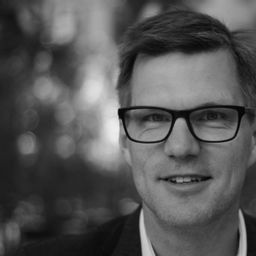