11.00  Heritage as a Symbol of Ideology in a Polarized Society: Constructing Bursa City Identity on the Ottoman Past

A speedy and laborious work on constructing city identity based on the Ottoman past as “The birth of the Ottoman Empire” (as listed in UNESCO WHL in 2014) has been taking place in Bursa since 2000, and more intensively in the last six years. The identity is chosen by the local or national authorities and is highlighted through urban renewals and revitalizations of some historical places. What is highlighted is a decision of politics, and so a result of power relationships. Renovation of Ottoman structures from the fourteenth and fifteenth centuries, opening them to public, sometimes in their original functions (mosques, hans, hamams, public houses, tombs), or converting them into libraries, culture centres, cafes, and restaurants, result in these historic places having influence on people’s perceptions of the city and themselves in the city. In addition to these renewals, Bursa City Museum (BCM) carries out an active role in constructing city identity. The highlighted roles of the museum by the representatives, apart from heritage preservation and dissemination, are to develop “urban citizenship awareness” built upon the historical past, and also to hinder social fragmentation by promoting place attachment and common urban identity constructed on shared cultural heritage.

An intensive social polarization in Turkey prevails, and this polarization especially sparks between conservatives and secularists, or pro-Ottomans and pro-Republicans; it also takes place between classes, especially between middle and lower classes. However, considering this “urban citizenship awareness” project within the national context suggests another role. Ottoman identity in Turkey, under the governance of AKP (Justice and Development Party), is not only a national heritage, but an ideology for building the “New Turkey” based on “Neo-Ottomanism.” The foundation of the Republic brought a different approach to the Ottoman past, where relics and objects of the past were to be interpreted as part of a national heritage. The new government was to engage in redefining the imperial institutions and planning new ones in line with the needs of the nation-state. Yet, today’s “New Turkey” project is targeted to be erected based on an Ottoman imperial notion, and aims to “abolish” the Republic’s nation-state institutions and interpret “Ottoman-ness” as the fundamental identity of the “new country.”

The argument of this study is that museum work on Ottoman identity, along with the revitalization of only Ottoman structures and places by the municipality, and political discourse used by the local and national authorities, aim to change citizens’ identity and their citizenship practices; and as a result this sharpens the existing polarization in the society. With this study, I intend to find out how the BCM, local and national authorities negotiate Ottoman heritage as an identity by conducting participant observation and semi-structured interviews at the BCM; survey with the museum visitors on the city and the BCM; “op-eds” and news from the local, national and international media, and political discourses of local and national authorities on Bursa and the Ottoman heritage. I propose that embracing a more comprehensive identity formation including Ottoman and Republican history and restorations of both periods’ structures would soften the prevailing polarization in today’s society in Turkey. 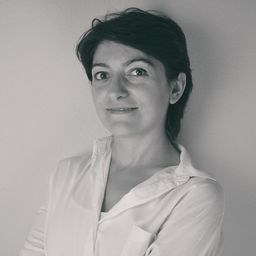