09.00  The (Re)Presentation of "Fantasy": African Heritage and Middle-Class Formation in Accra, Ghana

This paper will explore the class and generation specific ways in which Ghanaian game developers (re)present African heritage to enact their aspirations in a post-colonial African capital like Accra. Game developers are part of a broader group of tech entrepreneurs: young middle-class Ghanaians who (aspire to) own their own tech company and/or work for one. Tech companies are young Ghanaian companies developing software products. Based on ethnographic fieldwork among this group, this research will focus on the tensions in the (re)presentation of the “African Heroes” app in the production and distribution process. This app has been developed by one of the tech companies in Accra since 2012, and contains games and comics about “African” superheroes. This paper will address these tensions by approaching heritage, while being constantly transmitted, as something each class and generation make new contact with and (re)present in different ways, based on historical location and aspirations.

In the office, tech entrepreneurs framed the “African Heroes” games and comics as “fantasy”: the result of a careful combination of elements of African heritage with influences from global media culture. For example, the app contained a comic about “the real origin story” of the superhero called Ananse, in which elements from the Anansenem, famous Ghanaian folktales about the God-turned-trickster spider Kweku Ananse traditionally told by the fireside, were combined with influences from Marvel’s Spiderman comics. In their office, tech entrepreneurs argued that through “fantasy” they were creating “fun” and “not political” games and comics. However, at events organized by transnational development organizations and corporations, the “African Heroes” were presented as being “educational” and with “local African content.”

This paper argues that the tension in the (re)presentation of the “African Heroes” app indicates that “fantasy” is a class and generation specific way for tech entrepreneurs to use heritage to strategically position themselves in both the Ghanaian state and transnational development organizations and corporations. Tech entrepreneurs grew up in the 1980s and 1990s in middle-class environments. They experienced how Ghana developed into a democracy with a liberalized economy during the mid-1990s. Due to this transition, the state-controlled public sphere became a liberalized commercial arena. While previously the state connected African heritage to the modern nation-state through an ideology called “Sankofaism,” from the 2000s onward alternative perspectives came to link African heritage increasingly to entertainment, style, and marketing. Just like many other young urban middle classes in Africa, tech entrepreneurs developed the idea that the state had caused a regressive development of the country, due to mismanagement and corruption, and had not rewarded government employees like their parents enough. They came to consider private corporations as making the country move “forward.” Working in the private sector was deemed a more prestigious career path than working for the government, that could lead to social mobility.

By developing “fun” and “not political” games and comics, and presenting them to transnational development organizations and corporations, tech entrepreneurs aimed to distance themselves from the state and its perceived systems of corruption. At the same time, they used this strategy to acquire the resources, networks, and prestige necessary for social mobility and to be “taken seriously” by the state. However, in doing so, they were pressured to represent African heritage according to the ideas of transnational development organizations and corporations. This detailed ethnographic study of the tensions in the (re)presentation of “fantasy” will thus reveal how commercialized heritage can be used to negotiate change in the political and socioeconomic position of the middle classes in Ghana. 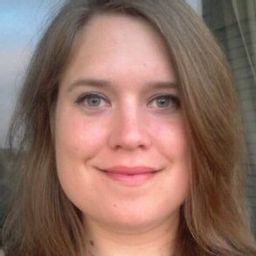