12.00  Mural, Mural on the Wall, Did Scorn and Pretense Make You Fall?

Throughout its 175-year history, Mount Allison University in Sackville, New Brunswick, has evolved into one of Canada’s most admired educational environments. Boasting several nineteenth-and early twentieth-century structures, it is most associated with its 1960s red sandstone proto-modernist buildings. While these are noteworthy in their own right, earlier instances of Mount Allison’s Modernist heritage have been demolished or retrofitted with little regard for their significant design and visual legacy.

In the late 1950s, three Mount Allison mens’ residences were designed by the celebrated Halifax architect Charles Fowler. Modern and efficient due to the University pushing bottom-line budgets and tight schedules, the residences had functional and material issues, but there were certainly instances of vision, such as artist Lawren P. Harris’s exterior abstract murals below monumental stone entry bays. In the rush to eliminate any vestige of the original structures, the residences were gutted and renovated in the early 1980s. The valuable tile murals by Harris were unceremoniously destroyed, and the most significant public artworks by one of Canada’s foremost abstract artists of the mid-twentieth century were lost forever… sort of.

In researching the architectural history of Mount Allison, I contacted the 95-year-old Fowler, who still had Harris’s mural studies. This fortuitous discovery (now at Sackville’s Owens Art Gallery) plus the re-evaluation of the design intentions for the residences can frame the University’s shifting self-image and its deep connection to Canadian visual arts, architecture, and sense of place.

Thematically, the topic relates to recent investigations of “the folk” and anti-modernism by Ian McKay, who studies the twentieth-century political- and commercially-based rebranding and revisioning of eastern Canadian history, where successes of modern, reformist strategies that often sat outside the centres of power and authority have been overshadowed. 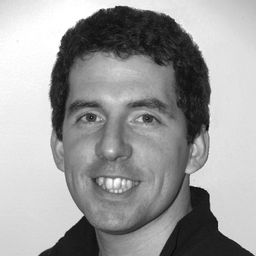