Research has painted an often-gloomy picture of the impact of the financial cuts on museums. A 2014 Museums Association (MA) survey found that 43% of respondents experienced a budget cut of more than 10% in the previous year, and 9% of respondents reduced access to sites by closing whole or parts of sites. It is possible that by 2016 national museums in England may have their funding from government cut by almost 30%. A 2013 American Alliance of Museums report found that more than 67% of US museums that responded reported economic stress at their institutions in 2012 and felt that “belt-tightening” measures could be on-going in the medium-term future. A 2013 appeal from ICOM to the European Parliament and Commission stated that the economic crisis has generated a drastic decrease in public and private financial support for culture and museums in many European countries.

Prior to the economic crisis and international austerity, many museums in England were supported in undertaking work that made a positive difference to people’s lives by grants from national and local government. My research asks how museum professionals in England are carrying out this work in the current economic climate.

My paper will draw on interviews with nineteen museum professionals across England, working in a variety of museums (small independent museums, local authority, national, and university) to demonstrate how interviewees are changing their community engagement practice to ensure that they remain dynamic, inclusive institutions despite losing core funding, or having their funding reduced. This research reveals how museum professionals—who deeply believe that museums can impact positively on people’s lives—are bringing community engagement to the core of their work by widening their networks and building sustainable partnerships with organizations that work with diverse clients, including people with mental health issues, young people from disadvantaged backgrounds, and dementia patients. I will argue that this evolution of practice is bringing communities together, supporting marginalized and often vulnerable people to engage with their local heritage, and improving the resilience of museums as they become much better connected with partners and people in their local communities.

Working in partnership with community organizations has resulted in positive impacts on participants of museum programs. For example, one national museum in England is currently making a positive difference to dementia patients’ lives by training carers and care staff on how to use objects to deliver dementia-friendly reminiscence sessions; one large regional museum is working with a local mental health organization to run programs for people with mental health issues that is improving their mental health; one small town museum is working with the local job centre to support unemployed people in the community to gain skills that are helping them find jobs. In addition, partnership working has allowed museum professionals to gain a better understanding of how to work with diverse members of the public.

My paper will be framed using Jung’s ecological museum model, which places museums as institutions that are part of their larger communities and societies. I will argue that, by making links with community partners and becoming part of an interrelated network of community organizations, museums are reaching out to people, delivering programs that positively impact on participants, and changing people’s lives despite the economic crisis in which they are currently operating. 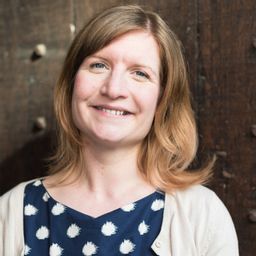