This paper will examine heritage fashioned through dress in a study of the “Red River coat,” a garment that through various permutations was worn for over a century in Canada. Those who remember it know it as a girl’s navy blue wool hooded coat with red piping in the seams, red-trimmed épaulettes, always worn with a red tuque, mittens, and sash belt, and sometimes a pair of red wool leggings. They also recall its ubiquity in school cloakrooms. Over its century of history with that name, it was worn by men, boys, and women, and then finally became identified as a girl’s garment as of about the 1920s, through its decline in popularity by the 1960s, and disappearance altogether in the 1980s.

The little scholarship that considers the Red River coat has been primarily interested in tracing its source. It derives from the capot, a hooded outer garment worn in Europe from the seventeenth century onward. Capots were well known as men’s and military outerwear in eighteenth-century Canada and were often associated with the habitants of rural Quebec. The specific referents for both the name and appearance of the Red River coat go back to 1812. A legend of British military ingenuity has it that during a harsh winter in Fort Mackinac, the garrison used its supply of blankets to make capots, and found them more desirable than the standard issue. The very same year, the Red River Colony, from which the coat takes its name, was founded on the Red and Assiniboine Rivers which flow through what is now Manitoba and North Dakota. Blue blanket capots with red piping were later distributed by the fur trade companies to Metis traders concentrated in the Red River area, becoming simultaneous identifiers of ethnic origin and occupation in that area, although they were far from unknown outside that region. The coat is to all evidence inspired from the blue blanket capot, but to date nothing has been uncovered to explain the link between the northern use of the coat and its availability in southern Canadian urban environments; however 1862 is the first year where a coat with that name begins to be advertised in Toronto.

By the early twentieth century and beyond, advertising for such coats usually insisted on their typically Canadian qualities. The blanket coat popular among anglophone middle-class men for the sports of snowshoeing and tobogganing in the latter half of the nineteenth century warrants comparison. Its cultural baggage as a symbol of emerging Canadian identity has been well investigated. Yet unlike the snowshoe blanket coat, the Red River coat was far more pervasive. It was never a designated sports garment but a popular all-purpose winter coat style, and one that was not always costlier than other department store alternatives.

In its pervasiveness among urban Canadian children, the Red River coat created a visual link to a mythologized shared Canadian past. As a form derived from fur trade culture and perpetuated as a fashion based on Canada’s history, it served as a picturesque symbol of positive traits of the acculturated indigenous and hardy and entrepreneurial character of earlier Canadians, a sanitized and colourful reference to the fur trade. In the tradition of Highland kilt outfits and sailor suits, Red River coats gave a particularly Canadian twist to garments which inscribed imperial ideals on the bodies of children. 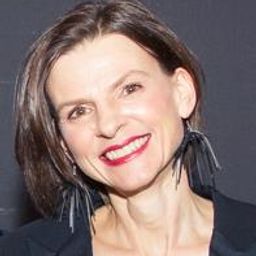