11.30  The Memorial Architectural Environment of the City

The actual task for humanity in terms of globalization and mega-urbanization is to preserve memory. This multi-dimensional memory of humanity is reflected in the architectural environment of a city. Continuous processes of memory representation from individuals, the state doctrine memory, and ending the global processes, occur at various levels in the city environment by means of architecture, design, and art.

Places of memory, buildings, and objects-symbols create the spiritual framework of a city. The perception of a city as a qualitative and valuable environment by the in-groups and the out-groups occurs in the context of self-identification with the urban space, natural and architectural environment, cultural heritage, and is inextricably linked to multidimensional memories: historical, social, urban, individual, national, and so on. A historic or new urban environment is the ground for the materialization of identity and memory, along with the need to preserve the environmental sustainability, safety, and diversity.

This paper is based on materials of sociological studies that were conducted between 2013 and 2015. The study revealed two major types of cities in terms of urban memory in Ukraine. The first group consists of cities with preserved multicultural historical heritage and preserved memory, in which continuous processes took place, as well as the establishment of social memories communities, and transformation under the influence of variables of state doctrine memory. The other group consists of the cities that have lost memory materialized in the built environment during the Second World War and were formed with typical Soviet buildings.

The Ukrainian cities can be further reduced to two main groups. The first group includes the cities where during their historical development community compete for memory approval in the architecture and historical space (e.g. Lviv, Ivano-Frankivsk, Chernivtsi, Uzhgorod and other) and influence of the state variables memory doctrines to which they belong have been decisive. This process is most materialized during the twentieth century. The cities belonging to this group are characterized by the different levels of stored value and historical environment. That historical cultural heritage affect the identification of residents, preservation of historical memory, comfort and memory materialization by the architects in its space. The second group includes Ukrainian cities whose architectural environment was formed with a typical construction at the site destructed during the Second World War.

In Ukraine there is still no formed politics of memory, especially where public spaces should find priority-memory objects that would strengthen and form the city memory.

This paper is also dedicated to the identification of peculiarities of formation of architecture of Lviv of the twentieth and twenty-first centuries—UNESCO World Heritage—interconnected with categories of identity and memory, and the detection of its effect in present-day (the phase of democratic development) architectural and town-planning activities. 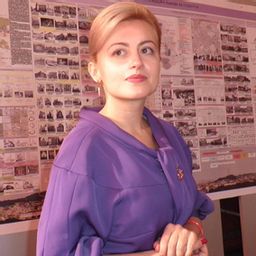