Following decades of isolation, Myanmar started to re-engage with the UNESCO’s World Heritage system in 2012 at a time when the link between heritage and rights became increasingly recognized in both the policy and scholarly areas. Based on six months of doctoral fieldwork and taking a discursive approach to rights, this paper will critically reflect on the usefulness of the rights discourse to address the ethical challenges related to the World Heritage nomination of the ancient city of Bagan in Myanmar.

These challenges are the result of opposing interests and values associated with the site. The protection of the archaeological and architectural values of the ancient monuments requires the adoption of international conservation standards. However, these standards are irrelevant or even contrary to the religious and spiritual values attached to the site. From a Buddhist perspective, renovating and reconstructing the pagodas are acts of merit-making and the most appropriate means of engaging with the site. Meanwhile, the recent influx of tourism and associated development in Bagan threatens to encroach on the pagodas and undermine both the archaeological and the spiritual values. While money flows into the region, local aspirations increase, but the extent to which this money trickles down to local communities remains limited.

In this context, I will elaborate on how conflicting, cultural, and collective rights play out in Bagan to argue that the rights discourse is unable to provide answers to such challenges. First, conflicting rights, such as the right to development versus cultural rights, are difficult to resolve. In an area where 50% of the population live in poverty, to what extent is it ethical to impose development restrictions in order to protect cultural heritage, or in other words, can cultural rights trump the right to development? Second, the category of cultural rights itself is problematic, since it raises the question of whether such rights refer to the right to conserve the monuments according to international standards or the right to reconstruct them following Buddhist imperatives. Third, the mantra of community engagement does not provide easy answers in Bagan, since there is no homogenous community and people have diverging interests. This makes the usefulness of the notion of collective rights questionable.

Bagan is a good example of the problems facing many World Heritage sites today and the paper thus addresses wider international debates about the link between heritage and rights and argues that such a link is unhelpful to address certain key challenges of World Heritage protection. 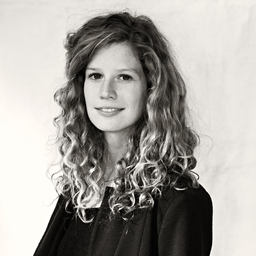