11.30  Small-Scale Heritage: The Canary in the Coal Mine

Flanders has a historically grown dense network of routes and paths, linking towns and villages on an average one-day walking distance. Within the fabric we detect numerous small-scale historical buildings with an identity importance way beyond the artifact itself, representing an old collectively used mesh, entwined with societal narratives.

Today “The Urban” and “The Rural” seem to merge. This finds expression in a fast transforming hybrid and ambiguous spatial structure consisting of fragments of various densities and features. The impact of this urbanization process on daily life is not only a physical, morphological evolution but has especially to do with a dramatic change of the identity of the open space wherein this heritage is situated. As an early indicator of major social and ecological change, small-scale heritage serves as the canary in the coal mine. Appropriation of this built heritage by the everyday members of local communities becomes more explicit the moment these fabrics or heritage landscape are subject to a high urban pressure.

This paper will examine both the importance of this daily collectively used mesh and what the impact of the urbanization process is on it by carefully observing and mapping social behaviour, even very small events, related to small-scale heritage, as a tangible warning of a larger problem.

Within the amalgam of open and built spaces in the Flemish cultural landscape we cannot differentiate private or public open space in a clear-cut way. The territory of rural built heritage comprises not necessarily the surroundings of a bounded place even if physical walls or hedges surround it. It is rather a collective zone in which the several old routes, pathways, and trials of inhabitants, natives, and newcomers are closely entangled as part of a subtle social, cultural, and ecological meshwork.

Two main urbanization forces impact on these zones. On the one hand, the character of the open space as a collective space wherein this heritage is situated is increasingly used privately, where “private” is not so much to be understood as a situation of ownership but rather as the nature of the activities taking place. They no longer serve the community, but by fencing they are increasingly visually, physically, and mentally linked to the private. Due to their limited accessibility they cannot be appropriated as they used to. On the other hand, a combination of leisure-seeking tourists and the urban mentality and lifestyle leads to the use of the open space in the rural area, as “urban park.” Historical community buildings are made increasingly a public room, which can be consumed and experienced as leisure space. Those forces are not negative per se but the problem is that local government, investors, and even the heritage administration only focus on the physical artifact as such, both neglecting the invaluable collectively used space, to which heritage clearly belongs, and ignoring the meaning of it within the local communities.

With two cases, namely The Rupel region and the Brabantse Kouter, this paper will illustrate how, due to the increasing “requisition,” the boundaries of rural built heritage are reframed and the character of the fragile mesh in which the link between heritage and the land is fundamental is increasingly under threat as the collective space is shrinking progressively. In contrast to old models and to challenge our view on appropriation processes, this contribution will focus on recently developed methods and tools to map and recognize these complex realities. This gives new insight both on its significance and possibilities and how it leads to socially better and better-accepted projects, making it a tool of true local empowerment. 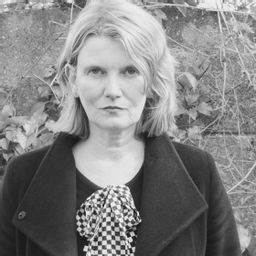 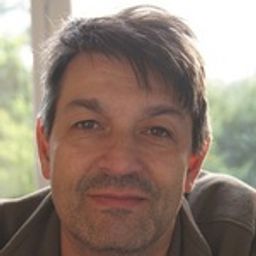