11.00  Choosing Histories: Agency and Motive in the Representation of Cultural Heritage

This paper examines various uses of representations of heritage as tools for transforming post-industrial waterfront areas of Scotland and Poland, which are or were in a state of social and physical decline over the last forty years. I will discuss various forms of representation of the heritage of the port of Leith (now part of Edinburgh), Scotland, why they were installed and for what motives, and their effect on both the community and people on the outside. I will also discuss the case study of my recent art intervention in the historic area of Gdansk Shipyard, Gdansk, Poland, in 2015.

I will focus on Leith’s heritage plaque project and the historically themed murals of 1981 onward, commenting on the use of plaques and murals, the driving forces behind these, and if they succeeded in changing the reality of social decline.

This research informed my art intervention in the form of a temporary plaque installed on the site of the historic shipyard in Gdansk, Poland, and as an on-going project this paper examines what can be learned from Leith's model of past regeneration processes for the current transformation and focus of in/tangible heritage in Gdansk.

The Gdansk shipyard has gone through a series of demolitions since the decline of industry. There is a heavy influence of the history of the Solidarity movement and little attention to the war period on the former site. My “heritage plaque” idea was a suggestion or a proposal of what history the people of Gdansk could choose to remember on the former site.

The postwar demographic of the city of Gdansk differs dramatically from the pre-war context as the Germanic majority were driven and expelled from the city during liberation. The paper will discuss whether a new demographic of a place can assimilate itself with the previous inhabitants’ cultural heritage, whether the development of a site should preserve and even celebrate the architecture of a military occupation force from the past, and whether the Solidarity movement should form the grand narrative of that site and more specifically, the cultural dominant discourse for the people of Gdansk.

The paper will also draw on the current research project and ethos of the Stutthof Museum near Gdansk (which is directly linked to the site of the art intervention as it was used for forced labour of prisoners from Stutthof): the key aspect of the project is the anthropologic study focused on the local society—its consciousness and actions relating to the KL Stutthof, as well as the methods of taming the “stigmatized space.” On both levels we can speak of memory, which influences current attitudes as well as the notions of the past.

Dutch cultural theorist and artist, Mieke Bal, in the introduction to the edited collection titled Acts of Memory: Cultural Recall in the Present, published in 1999, referred to a process of cultural memorization—an activity that is occurring in the present, in which the past is continuously modified and re-described even as it continues to shape the future. She argued: “neither remnant, document, nor relic of the past, nor floating in a present cut off from the past, cultural memory, for better or for worse, binds the past to the present and future.” Following this line of thought we could argue that in this instance the past can refer to both a distant past, concerning events that happened “long time ago,” as well as the so-called past-present, and everything that has happened in between.

The paper will also draw on various conservation recommendations that were influential in both the Leith and Gdansk contexts, including the Declaration of Amsterdam (Council of Europe, 1975) and the Convention for the Safeguarding of Intangible Cultural Heritage (UNESCO, 2003). 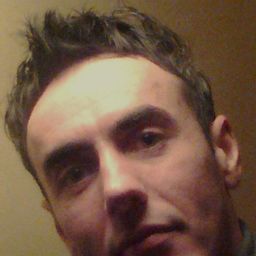