The World Migration Report 2015 revealed that 62% of Brussels’ population is not born in Belgium. Brussels, therefore, is the second migration city in the world, after Dubai and before Toronto, Auckland and Sydney. The migrants’ sociology is diverse, from “Eurocrats” working for European institutions, to French fiscal expats, other European citizen benefiting from free mobility, Asian and African economic and political refugees. About 25,000 foreigners migrate yearly to the Brussels Capital Region and contribute to its social and cultural diversity. Brussels’ religious landscape, for long dominated by the Catholic Church, today reflects the new cultural diversity.
This paper will focus on the paradoxical uses of churches, which constitute a rich built heritage. On the one hand, like in most Western European countries, the number of native Christian churchgoers has dramatically decreased. The traditional ecclesiastical territorial system of parishes linked with neighbourhoods and their municipal management inherited from the Concordat of 1802 is obsolete, but the churches still stand. On the other hand, growing new “national religious communities” of migrants ask for places to worship in their own language and with their own rituals. Why does the Catholic Church only share empty parish churches with Catholic communities (Poland, Spain, Portugal, Italy, RD Congo, Philippines, etc.)? Why are such transfers much more difficult with Orthodox (Rumania, Bulgaria, Greece, etc.) and Anglicans (African countries), except in the case of former convent churches that are not parishes? And why is this impossible with Muslim, Evangelicals and Buddhists? Are heritage considerations part of the discussion whether buildings are listed or not? What is the role of the regional heritage administration and how are its relationships with the diocesan and municipal authorities?
This paper will reveal the complex situation of Brussels’ religious heritage, which includes legal, economical, architectural, political, and social dimensions. 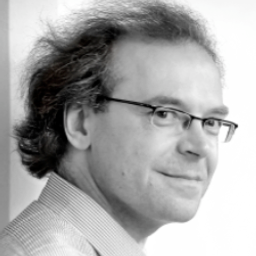