While Afro-Cubans have benefitted, in general, from many social, economic and cultural policies implemented by the socialist government, their opportunities for political mobilization and the articulation of an Afro-Cuban cultural identity have been reduced by some of these same policies. In this paper, I will argue that the cultural policies that redefined Afro-Cuban religions as heritage illustrate a state logic of “inclusionary discrimination.” Furthermore, the paper will examine the “heritage logic” of Cuban cultural policy as unifying sets of rules, and explore how its implementation has fueled cultural contestation in post-revolutionary Cuba. Employing Sawyer’s approach to race cycles, racial hierarchies and inclusionary discrimination, and Herzfeld’s analysis of oppositional notions of nationalism and nationalist folklore (read heritage), I will also examine Cuban heritage production in relation to the production and defense of “cultural intimacy.” Sawyer notes that mechanisms of racial change “have a strange duality, as they can simultaneously create greater racial equality and reinforce ideas that maintain racial hierarchy.” “Race cycles” or socio-political processes that transform racial ideologies and policies, often occur during periods of critical events and state consolidation, and give rise to gains and limitations for marginal social groups. The case of Cuban cultural policy and Afro-Cuban heritage illustrates a duality and paradox that resonates with Sawyer’s observation—new heritage logics and ideologies can reinforce old social hierarchies and produce cultural contestation. Herzfeld notes that the coexistence of localism and nationalism in the articulation of Greek nationalist folklore revealed a “segmentary social logic” of nationalism. Opposing notions of nationalism, he noted, “played by a single, unifying set of rules through which they ultimately expressed their collective subordination to the national idea.” Combining the approaches of Sawyer and Herzfeld, I will examine the implementation of Cuban heritage policy and its inclusionary discrimination, and argue that it has served the state’s greater purpose of defending cultural intimacy—“essentially concealing the core of familiar culture that would prove embarrassing on an international stage.” Thus, I will argue that state heritage policy has produced cultural contestation in Cuba, by privileging nationalist ideals and employing inclusionary discrimination. Moreover, these policies have shaped Afro-Cuban heritage within the state’s claim of racial democracy and social integration, thus excluding representations of racial hierarchies in post-revolutionary Cuba. Cultural Policy and Afro-Cuban Heritage Production Cuban heritage policy served political goals—to educate, shape and integrate the new nation. Local, regional and national heritage authorities have planned and approved the construction and production of heritage representations in state museums. Afro-Cuban heritage production is the product of specific policies, laws, resolutions and bureaucratic routines that have entangled minority stakeholders, heritage authorities and museums in a contest of representation and authority. In the 1970s and 1980s Cuban cultural policy redefined aspects of the everyday social life of Afro-Cuban religious practitioners as local and national heritage, and encouraged the collection and display of their religious objects in state museums. Nevertheless, the government continued to stigmatize and target these religions and communities for ideological and social rehabilitation. The heritage narrative that museums currently promote omits accounts of discrimination, persecution, and criminalization committed by different Cuban governments. This omission illustrates a form of inclusionary discrimination and marks an important “representational battle” amongst source communities, museums and state heritage authorities. Nevertheless, Cuban cultural policy has resulted in gains and limitations for source communities. Despite the state’s attempt to plan heritage, some policies and rhetoric have inadvertently created possibilities for practitioners to imagine and articulate alternative heritage narratives. 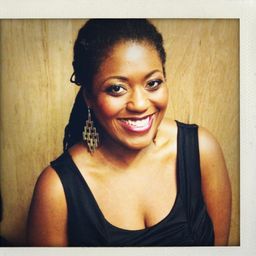