09.30  Cultural Heritage as a Plural and Dynamic Concept between Europe and Asia

The notion of cultural heritage is predominantly a European-based concept as it can be perceived through a scan of the literature and the international documents, both conventions and/or recommendations. A good example of this Eurocentric approach is represented by the UNESCO World Heritage List which is characterized by an unbalance in favour of the European countries dominated by a more tangible notion of cultural heritage. The shift toward the intangible dimension of cultural heritage addressed in the UNESCO Convention of 2003 has been reinforced through the concept of “heritage communities” introduced by the Faro Convention (2005). This convention makes clear that cultural heritage has to be considered as: a) precious resources in the integration of the different dimensions of development: cultural, ecological, economic, social and political; b) resources for the protection of cultural diversity in the face of growing standardization; c) resources on which to develop dialogue, democratic debate and openness between cultures.

This paper—supported by an interdisciplinary approach (humanities and social sciences)—has a twofold objective: firstly, to analyze the notions of tangible and intangible cultural heritage in Asia and Europe in order to understand whether in both continents we are confronted with the shift on the notion of “heritage.” Secondly, to investigate whether the notion of “heritage communities” as a process involving actively the local community does exist, and to what extent, in the Asian socio-legal framework. Furthermore, in this cross comparison between Asia and Europe it seems worth to analyze how the creation of new heritage is realized to show the contribution of the present generation in the perspective to transmit it to the future one. This means that the priority in the heritage process is to allow legitimate forms of dialogue and participation to facilitate the articulation of various stakeholders in supporting, regenerating and transmitting cultural heritage.

To detail the analysis it will be focused on two case studies relevant for the tangible and intangible heritage’s value as the know-how in handcrafts: Venice in Europe and the Silk Roads: The Routes Network of Chan’an Tiasnhan Corridor in China. This comparison will allow us to highlight, firstly, the changing process of the notion of cultural heritage, which is characterized by a globalized concept which is deeply rooted in the local context, and secondly, the role that heritage communities play in this changing process of the notion of cultural heritage. This cultural heritage process has to address the changing needs articulated by local communities at various levels and to the cultural aspirations of different generations. The value of the research is dictated by the fact that a comparison between Europe and China on the matter does not exist in the literature. 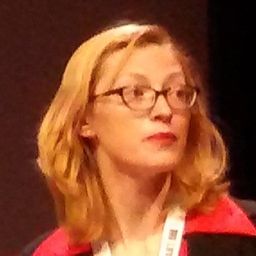