11.30  How to Protect Foods and Foodways as Intangible Properties Effectively in the Republic of Korea

This paper will discuss why the Korean government wound up designating only one important intangible property related to foods and foodways. On February 9, 2005, Korea became the eleventh signatory to the Convention for the Safeguarding of the Intangible Cultural Heritage adopted on December 17, 2003. Based on this Convention, seventeen Korean intangible cultural heritages of humanity were inscribed on the UNESCO list. Kimjang, making and sharing kimchi in the Republic of Korea, is one of them, which was inscribed on the UNESCO list in 2013. Recently, a multi-national company applied for patents for a recipe making a food similar to Kimchi in fourteen countries. This definitely drew attention from the Korean Government. Certainly, IP law systems sometimes conflict with the protection afforded based on the Korean Cultural Heritage Office and UNESCO. This paper will explore how to strike a balance between IP law and cultural law protection regimes. The other critical issue is who owns traditional knowledge on traditional foods and foodways and how to allocate profits arising from traditional knowledge. In particular, traditional foods and foodways have some bearings on Nagoya Protocol, which the Republic of Korea signed and ratified. Hence, acknowledging that the economy based on traditional knowledge will grow up rapidly, this paper will discuss the recent development of jurisprudence and laws in Korea in terms of ownership of traditional knowledge and allocation of profits arising from it. Also, the research will explore the possibility that traditional food and foodways can be protected on the basis of IP laws because intellectual property covers traditional knowledge, geographical indications, trade secrets, and generic resources. The Framework Act on Intellectual Property defines the term “new intellectual property” as “intellectual property that appears in new fields in line with economic, social or cultural changes or the development of science and technology.” Therefore, the term “intellectual property right” means “any right relating to intellectual property recognized or protected according to Acts and subordinate statutes, treaties, etc.” In other words, the term “intellectual property” is referred to as knowledge, information, technology, the expression of thoughts or feelings, the indication of business or goods, varieties of organism or genetic resources and other intangibles created or discovered by creative activities, experience, etc., of human beings, the value of property of which may be realized. The paper will especially point out that the development of geographical indications under the Act on Quality Control of Agricultural and Fishery Products can contribute to the preservation and expansion of traditional knowledge because traditional knowledge has some bearing on human or natural resources related to specific geographical location. Finally, the research will propose how to protect food s and foodways as intangible properties effectively in Korea, focusing on IP protection of traditional knowledge and preservation and expansion of traditional knowledge as cultural heritage. 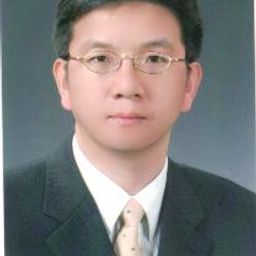