10.00  The Role of World Heritage Sites in Urban Revitalization

Cultural clusters seem to have a leading role in urban and cultural policy decisions. In recent years, more and more cultural clusters attract investments, in the hope, that as an accentual part of the considered-to-be-booming cultural sector, these investments would be profitable on the long run. Such promising effects can be attributed to the development in the related cultural industries, to the growth in the tourism, accommodation and food service sectors, moreover to the revitalization of urban districts. What is the impact of World Heritage sites in this development? I have examined the role of World Heritage sites in organizing a specific type of cultural clusters, namely museum districts. I have performed propensity score matching to identify factors making a museum district likely to be created and to estimate its impact on tourism. Results show that the more World Heritage sites in a region, the more likely a museum district is developed; and that a museum district has a benevolent impact on regional tourism.

Based on these quantitative findings, I have highlighted two cases of organizing a museum district around abandoned World Heritage sites. To revitalize the city image of Vienna, urban policies considered the possibility of arranging major changes in the life of the city at the end of the twentieth century. A reason behind the changes was the forthcoming enlargement of the European Union. But the development of the museum district in Vienna, mainly because of its situation in a World Heritage area, was influenced by the political, social, historical and cultural context. Thus, the final form of the MuseumsQuartier might be considered more as a flagship project achieved by a “conflictive process of political self-reflection,” rather than a strictly planned urban revitalization process. After 1989, new motives to rejuvenate decayed buildings and area, the Masterplan Museumsinsel Berlin 2000 project emerged with the aim to redesign and develop the World Heritage site into a modern, visitor-oriented complex. The project is eager to re-create the island as the heart of Berlin. Creating a more modern image of the complex is absolutely straightforward, as it can be seen in the first re-opened building, the Neues Museum; besides, a piece of history preserved at the same token. Contrary to the Vienna project objectives, the plans of the Berlin Museumsinsel usually mention attracting the wide public (not just tourists) as only a second goal, after restoring the museums and linking them into the urban rhythm. But pleasing the locals and reducing the busy nightlife might even threaten the rise of cultural activities and the revitalization of the area. Since most museums have specific, narrow target groups and since complementary organizations are not in the island, the magnetism of the complex is questionable. 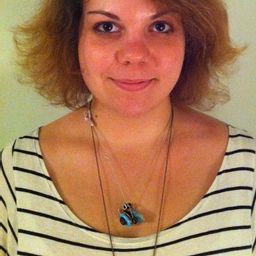