14.00  Sharing Practice and the Pratice of Sharing: Two Case Studies about Local Building Cultures and Heritage

Exploring the performative question of heritage implies going beyond conventional and institutional practices, to foster on its most innovative expressions, including performance, experimentations or new languages. These new forms of narrative frequently emerge from diverse stakeholders such as inhabitants, craftsmen or artists. Although they do not necessarily master the heritage discourses, they take a key role in the heritage construction process. This role is particularly present in the debate around knowledge, know-how and representations embedded in the objects and practices of heritage, and is either leading to conflict or negotiation between experts and practitioners.

In this paper, we would like to address this question of knowledge sharing between canonic institutions and parallel heritage practitioners considering the case of vernacular built heritage and its building cultures. Indeed, when applied to vernacular buildings that have not historically and institutionally been considered as heritage, knowledge and authority sharing appear to be inherent to the heritage construction process. To understand how such sharing is negotiated, we will focus on heritage narratives, knowledge production and social interactions produced along two European heritage paths: the revival of French rammed earth building cultures in Rhône-Alpes and the preservation of the Icelandic turf habitation. These two case studies are based on ethnographical fieldwork currently underway, in the frame of two PhD researches that appear to converge in many aspects, including the issue of heritage practices and methodological tools (interviews, participant observation, socio-historical analysis). Both fieldworks present strong rooted administrative institutions responsible for the protection of built heritage. And both belatedly included vernacular building in their heritage policies, especially the one built with raw materials, as turf or earth. Considering this, it seems that—in Rhône-Alpes and Iceland—parallel organizations are emerging, involved in the revitalization and the preservation of local building cultures.

The first part of the paper will be dedicated to the presentation of these two heritage construction processes. Analyzing the situations in the Rhône-Alpes area and then in Iceland, a special emphasis will be given to scenes of negotiations considering heritage knowledges and authorities. We will then focus on two specific points that come off of both fieldworks: first, we noticed that an individual form of activism seems to emerge, not necessarily taking the form of an organized movement, but building new and non-institutional discourses and practices around heritage. Based on a blend of characters (artisans, artists, craftsmen, architects, participants in training, inhabitants, visitors or students) at the crossroads between the local knowledges, implantations and building materials, this involvement defends personal and collective interests, heritage and sustainability narratives, knowledge, know-how and building cultures. Such focus questions knowledge transmission and formalization, and the recognition of their defenders as knowledge holders. Indeed, in between the claim of the “traditional” and “vernacular” aspects, a debate on the purpose of revitalization is launched. It brings together local stakeholders and institutional practitioners who ally in different words of understanding and mobilization (conservative, philosophical, aesthetic, hedonist, epistemological…). These alliances lead to the emergence of hybrid professional postures and new meeting spaces (Archi’matières, Fornverkaskólinn, Islenski Bærinn...). To conclude, we will eventually bring shared authorities to the table, and question their valuation, when they do not necessarily need to be institutionalized to expand. 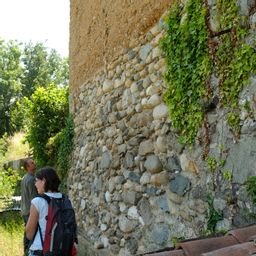