In the small Peruvian, Quechua-speaking town of Chinchero, some thirty kilometres northwest of the tourist hub of Cuzco, processes of heritagization of the Pre-Hispanic legacy encouraged by the state and its representatives, and supported by the narratives of a tourist industry interested in fostering the illusion of an unbroken continuity between the Inca past and the contemporary residents, have been trying to create among the population an obligation of historical and emotional identification with their Inca ancestors. This operation has been mainly effected through the territorial transformation of the vernacular space of the Inca ruins into an archaeological site for tourism consumption, as well as through the imposition of a single, mythologized history (that of the Incas) in this now ideologically cleansed and “disenchanted” heritage space. The operation has left out other histories grounded in grassroots events, like the struggle for the land against the abusive landowners that took place during colonial times, or the histories of agriculture and ritual, or those of the household and the ayllus (communities), etc. More than the distant history of the Incas, it is this kind of more recognizable and meaningful folk history that people remember the most and that largely constitutes the fabric of social memory in Chinchero.

It is precisely, I will argue, folk history that forms the basis for local heritage values that, unlike what happens with the Inca remains, express intense affective ties with the physicality of other non-archaeological spaces. Such is the case with the colonial temple, which, in spite of the efforts from the Ministry of Culture to make people value the Inca heritage above all, elicits among the villagers a much more empathic response. Reasons for this emotional identification, which contrasts with the apparent indifference with respect to the archaeological site, encompass the historical participation of the community and of its forefathers in its construction, regular maintenance and care through the long-standing institution of mayordomía, the importance granted to labour and materiality, the celebration of biographical events, religious practices and faith, etc. The point is that, unlike with the Inca site, where contact with the residents has been largely suppressed through restrictive heritage conservation practices, contact with the temple has been uninterrupted in time and has been tightly linked to the more familiar and intimate sphere of the town's micro-history, as well as to individual and collective subjectivities, rather than to the grand narratives in which Inca history is often enveloped. It is precisely the affective power contained in contact with folk history that led in 2013 to a public uproar and subsequent concerted communal political action against alleged attempts by the archbishopric to claim ownership over the temple and privatize it for touristic exploitation, as they had done before with other emblematic religious buildings in Cuzco.

In light of these developments, I will explore how the people of Chinchero are contesting official versions of heritage and history by foregrounding the emotional power of their own heritage values. Methodologically, this paper will draw from a twelve-month period of fieldwork that led the author to approach heritage values from local perspectives grounded on the experience of a lived landscape where, unlike in an official history written in the books, meaningful historical events are inscribed and remembered through oral history, ritual and performance. The focus on the landscape and the embedment of folk history in it, invited in turn further exploration of the emotional/political component of heritage through closely related topics such as territoriality, sense of place, and the politics of space, all of them dimensions that inform local narratives as well as social practices, and that feature prominently at the core of heritage experiences and conceptualizations among the people of Chinchero. 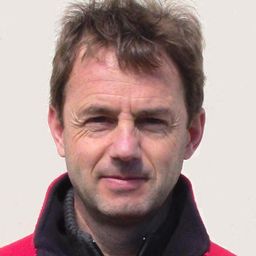