“Heritage” is a term that is ambiguous in the best of circumstances. However, it becomes even more so in urban environments where conflicts of identity and culture are pivotal, as in Israel’s mixed cities. Formally, the term “mixed cities” describes an urban situation in which Jewish and Arab communities occupy the same space. In practice, it applies to cities that have been profoundly Judaized through an ethno-spatial logic since the foundation of the state of Israel.

In this paper, I will present a case study from one of Israel’s “mixed-cities”: the redevelopment of Jaffa’s port in Tel-Aviv-Jaffa. The port of Jaffa, in the south of Tel-Aviv, is one of the most ancient ports in the world. Jaffa, formerly an independent Palestinian town, was incorporated into the Tel-Aviv municipality in 1949 following the Israeli War of Independence. In addition to its significant role in facilitating industry, social ties, and recreation, the port of Jaffa is also a politically contested place: in the Zionist narrative, it is a symbol of Jewish immigration in times when immigration was mostly forbidden. To the Arab population, the port is a painful reminder of the departing to Gaza during the war, from which many locals did not return. Moreover, in recent years the old city of Jaffa has been subject to strong development pressures, increasingly leading to further “Jewishification” of the formerly Arab settlement. In this paper, I will examine the recent redevelopment of the port, which began in 2006. Through the theoretical lens of social justice and the city, I will consider whether the redevelopment process was sensitive to the port’s highly complex heritage. I will argue that in contrast to many other redevelopment projects in Israel since the 1950s, the redevelopment exhibits a sincere attempt to reconcile the past. I will show how concern for heritage was expressed in the redevelopment and planning process of the port and in its current form. I will pay attention to both tangible and intangible aspects of heritage, including the built environment, representation of language, cultural practices and labour. Finally, I will attempt to bridge the theoretical constructions of heritage and the concept of social justice in urban planning, by asking whether the way the port’s heritage has been framed corresponds to the principles of social justice. 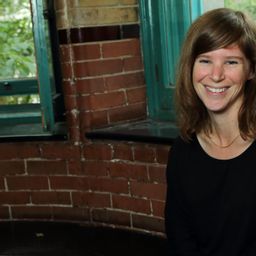