10.00  Lefkosa vs Nicosia: Reimagining of Heritage in the Age of Conflict

This paper will attempt to provide a brief critical commentary on the reimagining of heritage through the mnemonics of conflict. Regarding the politicization of heritage upon a process of continuous construction and destruction, Lefkoşa/Nicosia’s divided historic urban landscape is located as a medium to discuss the reformation of collective identities and memories within a contested space and a contested society. In a landscape “where past is not really past through the everyday politics of present,” the paper will explore how heritage recalls a collective memory in creating and resolving conflict through the representation of mnemonics that are being selected, reimagined and packaged in either side of the buffer zone. The discussion is constructed upon an empirical cross-evaluation of the mnemonics of official and narrated memories, so as heritage: through the reading of a past that became part of the my life, “memories" and my “reality”; that of a heritage bounded upon the historical narratives that were imposed by the everyday politics of present and lastly that of a heritage experienced, articulated and narrated by the community itself. While the former focuses on the narratives of my father, who participated in Cyprus War as the doctor of one of the Turkish commando battalion in August 1974 during his compulsory military service; the latter is a product of field studies and observations taken place as part of a project entitled as Open City in the Buffer Zone of Lefkoşa/Nicosia at Istanbul Technical University Faculty of Architecture.

The Buffer Zone acts as the only bridge between those “two” Cyprus and their mnemonics: the continuity of heritage and its associated collective memories of Cypriots inside the untouched secretive landscape, while introducing newly constructed memories flourished through the images of war, conflict, state, and militarism in the northern side (such as street names, Hole of Massacre or Martyr Mehmet Huseyin Street, representing war, trauma and pain or the heritage belonging to the commemorations of war) and introducing new and modern urban pattern in the southern side designed through white high-rise buildings and archistar public spaces. Thus, the conclusion will provide an inquiry on the clashes between different histories of Lefkosa/Nicosia’s future in reclaiming its heritage: a past to be represented by remembering, a future to be constructed by forgetting, and a present of “absence” to be designed by forgetting to remember. This is not only a choice between destruction and construction, but rather a selection between remembering and forgetting of the traces of history and the narratives attached to it: a selection between division based on imposed political histories and unification based on the realities determined by multiple histories of both communities; a selection between monumentalization of conflict and heritagization of shared sense of belonging; a selection between the termination of painful memories and the construction of new memories; a selection even between past, present and future.

Regarding our tendency to view heritage through the lenses of nationality, religion, ethnicity, class or personal histories, heritage becomes more about the meanings and values placed or attached upon them—kept continuously under the shadow of politics. In resolving the conflict, the paper will claim that unless heritage politics is responsive to the heritage conceptualization that is experienced, articulated and narrated by the community itself, it is destructive. 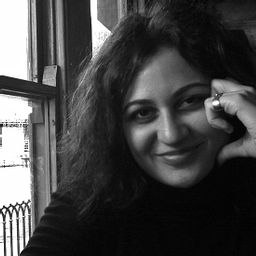