09.40  Life as Heritage: Narratives, Experiences and Mediated Performances of Transmitters of Intangible Heritage in China

This paper will approach the topic “What does heritage change?” by looking at the perspectives and experiences of a special category of heritage-makers, namely so-called “transmitters of intangible cultural heritage” (feiwuzhi wenhua yichan chuancheng ren) in China. It will explore the processes of heritagization and will ask whether, and what, heritage status changes when it comes to these individuals’ lives, identities, work, and their relationship with other actors involved in the heritagization process.

My empirical case study is the practice of moveable printing in Zhejiang province that for more than seven hundred years had been used when printing genealogies, and the experiences of printers after they got heritage status in 2008 and were put on the UNESCO list of endangered intangible cultural heritage in 2009. Since 2012, I have conducted interviews with individual printers, heritage experts and others, and followed printers as they go about their traditional work in villages, and also observed them during interactions with Chinese media and during exhibitions and other forms of performances. My study thus address how transmitters of moveable printing technique negotiate with, and adapt to, their new heritage status. This includes analyzing whether and how their work has changed, changes in terms of identity and perception of their work, and the extent to which they today take part in mediated performances for the benefit of a new constituency (heritage experts, tourists, media, and other consumers of traditions). The process of heritagization entails new performative and mediated practices, including participating in exhibitions and other staged performances, appearing in media, books, and film, and presenting their work to heritage experts and at academic conferences. The work practices and daily routines of these transmitters have thus changed, at the same time that they also are expected to narrate their history and culture in a way that fit a state- and expert-led authorized heritage discourse.

The heritagization not only leads to new forms of embodied practices (moving and performing heritage in new physical environments), but also to new levels of self-reflexivity, articulation and communicative transmission. The transmitters are called upon to narrate, describe, and interpret their cultural practices to heritage experts, scholars and journalists, and they have to navigate and find a balance between their old identities, or call it backstage selves following Goffman (1950), and new front-stage selves as “transmitters.”

In this analysis, I will pay particular attention to how the heritagization process is related to issues of identity, power relations, and the mediated and performative aspects of heritage. The paper, finally, will contribute to our understanding of the possibilities for agency, empowerment and participation that, on the surface at least, the UNESCO Convention for the Safeguarding of the Intangible Cultural Heritage would seem to entail, and also constitute an attempt to de-Westernize heritage studies by addressing the special context of China. 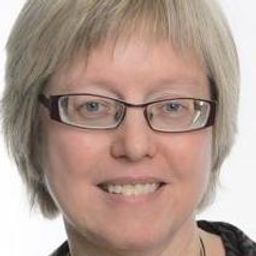