This paper will discuss the protection of intangible cultural heritage through the case study of a form of Malay literature known as “Pantun.” It will focus on the national treatment by Indonesia and Malaysia in protecting this form of heritage. Pantun, in a narrow definition, refers to Malay folk poetry consisting of quatrains where the first two lines and the subsequent two lines are unrelated in terms of the meaning conveyed, and the purpose of the earlier two lines is only to provide rhyme to the latter. The population of the Malay community is found in a number of countries, with the largest number of the population concentrated in Indonesia and Malaysia. While the concept of “Malay” as a community has often been a subject of debate and scholarly discussion, the more critical aspects that this paper will examine are the laws to protect Pantun as a form of heritage and the impact of the laws to the community. In recent years, Indonesia and Malaysia have been involved in regional disputes concerning a variety of heritage, which highlighted a sense of nationalistic approach by the impacted parties that view heritage as a form of cultural property. Both countries have a strong connection not only historically, but also in the context of socio-culture, geography and their communities. Although these strong links may be viewed as giving advantage in facilitating necessary joint efforts to protect their heritage, there remain to be some challenges that are hampering the process.

The discussion on Pantun as a form of shared heritage invites an exploration of thoughts on the application of the concept of “ownership” and “possession” of heritage. Although these concepts are more prominently observed in the context of copyright law, this paper will examine the cross-fertilization of norms between the different areas of international law that may enable the intended objectives of intangible cultural heritage protection to be more effectively pursued. This paper will examine the interaction between intellectual property law and cultural heritage law at the international level, and the extent of the implementation of the international principles into the domestic laws. In this context, the scholarly discussions and the national laws of Indonesia and Malaysia—which include the Malaysian National Heritage Act 2005 and the Indonesian Decree by Minister of Education and Culture Number 106 of 2013 on Indonesian Intangible Cultural Heritage—will be examined in discussing the national approaches by the countries on the protection of intangible cultural heritage. Under the Malaysian National Heritage Register, Pantun is recognized as Malaysian intangible cultural heritage, while the Indonesian National Register of Intangible Cultural Heritage similarly grants Indonesian Intangible Cultural Heritage status to Pantun Melayu fromKepulauan Riau, one of the Indonesian provinces. Following from the discussion concerning “ownership” and “possession,” this paper will discuss whether the State can be regarded as the owner of heritage. In addition, this paper will also discuss Pantun as a form of shared heritage of different communities, in line with the argument by scholars contending whether Pantun can be regarded as sole “property” of the Malays, as there is the possibility of similar poetry being discovered within the neighbouring communities, for instance the Javanese or the Sundanese. 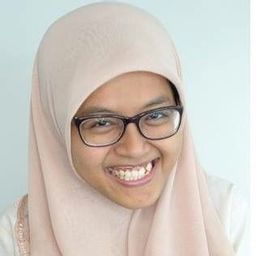