This paper will aim to re-theorize heritage studies in light of intercultural studies. Heritage has usually been conceptualized as a form of cultural transmission operating within the same culture, as buildings and objects being passed on from generation to generation, to create heirlooms, lineages, estates and nations. Heritage making or the process of “heritagization,” as some scholars have tagged it, has generally been presented as the production of continuity and permanency, and therefore a privileged means of the construction of identities. It has been rarely associated with interculturality and hybridity because the concept was too deeply rooted in materiality, stability, fixity and continuity, particularly in the identity politics of social class and the nation, and not sufficiently considered as a dynamic resource of interactions, appropriation, re-appropriation, entanglement, creation, and renewal. Far from being fixed, heritage is continually made and remade by displacement and reinterpretations, gift-giving and exchange between individuals and different cultural groups. The most highly valued heritage places, objects and practices are often appropriated from other cultures, and are, more often than not, contested, claimed by two or more different groups. A source of tension and conflict, heritage can also be a resource for negotiating new alliances, of sharing cultural properties and practices and of renewing social consensus and cohesion.

In this paper, I wish to break with the traditional approach of heritage, rethink its contours and boundaries, in relation to intercultural interactions, negotiations and transactions. The work conducted for over the last forty years on heritage has focused on the protection and conservation of the material world, on the built environment and artifacts, to the point where the concept has become almost synonymous with material culture. More recently, it has spanned to include intangible forms and practices, such as traditional knowledge, oral traditions, rituals, festivals, song, music and dance, which has challenged scholars to consider it as a dynamic and living phenomena, and to remain more attentive the intercultural movement of traditional practices. By drawing on theoretical approaches in intangible cultural heritage and intercultural studies, I aim to rethink cultural heritage in terms cultural, a concept better equipped to inform today’s mobile and rapidly changing contemporary cosmopolitan society, that could contribute greatly to re-theorizing cultural heritage studies. My hope is also that the paper will contribute to a better understanding or the cognitive and ideological underpinnings of the “tournament of value.” 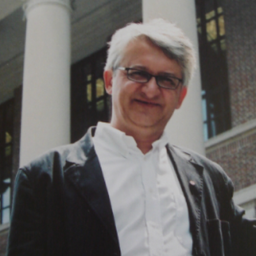