This paper will focus on the production of border heritage within the framework of European Union (EU) cross-border cooperation programs. In these borderlands, tourism development, fostered by cross-border cooperation initiatives, displays an active heritagization of the border, by enacting various visual and textual representations of the border. Tourism development and touristic heritage production may become a site of contestation over the meaning of borders. According to such an understanding, the presentation of the border in heritagization practices, through particular local, regional, national and transnational discursive framings, can be understood as scalar politics. Thus, the scale of heritage interpretation becomes a political act; an effort to define those particular collective memories and past events upon which communal values and identities are grounded. Scalar dimensions are produced through negotiation with individual and collective actors, histories and the environment, and this scalar politics may also influence the interpretation of the meaning of heritage sites by tourist and local communities.

In this paper, different themes and scalar politics of border heritageization in the context of EU co-funded tourist sites and attractions at the Spanish-Portuguese border will be identified. Drawing on extensive fieldwork at the Spanish-Portuguese border conducted since 2008, the paper will focus on three settings: the Interpretation Center of the Route of Border Fortifications (Ciudad Rodrigo, Spain), the Interpretation Center of the Border (Oliva de la Frontera, Spain), and on the Eco-raya (Eco-borderline) trademark and specific related events (Portugal and Spain). In these scenarios, particular attention will be placed on the scalar politics of heritage, that is, on the creation and interpretation of border heritage through local, regional, national, and transnational socio-spatial dimensions. Secondly, issues surrounding institutions and actors involved in heritage production will be of importance. Studying the sites of production and the sites of the images themselves will allow a look at which political and spatial identities are mobilized through heritagization, and a discussion of the politics of exhibition and cultural governance in this context as well. Finally, the heritagization practices in the EU border areas will be framed in a discussion around the political uses of heritage production, since border is displayed as a space open to heritage where the meaning and representations of borders at the EU scale can constantly be re-negotiated. 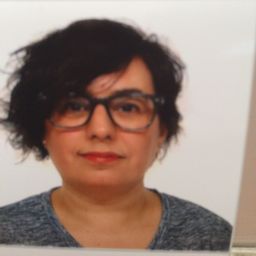