09.20  The Burra Charter: Evolving in Theory but Does it Have Teeth?

This paper will explore the practical status and use of the Burra Charter in Australia. The Burra Charter evolved in Australia from the Venice Charter based on the premise that the Venice Charter did not cover many of the potential heritage places that Australians considered of significance to their indigenous and colonial heritage. It ratified in the township of Burra in South Australia in 1979. Since then, it has been modified several times; in 1981, 1988, 1999 and 2013. The key profession that encouraged the use of the Charter from its inception was the growing architectural heritage sector that began developing in the academic space in Melbourne, Victoria, Australia.

The methodological approach for this paper is underpinned by previous research completed as part of the author’s dissertation, which explores the development of heritage studies and policies in Victoria. The current paper will expand on this work to empirically decipher the inclusion of the Burra Charter in each state of Australia with regard to its various policy frameworks; at federal, state and local government level. This includes the federal heritage legislation, each state’s heritage legislation and the numerous local government planning schemes in each state: Victoria, New South Wales, Queensland, South Australia, Western Australia and territories of the Australian Capital Territory and the Northern Territory.

An analysis will be undertaken to compare the penetration of the philosophies of the Burra Charter in these policies and legislation that is implemented in managing heritage places. A further exploration is done of some key outcomes using legal cases to demonstrate how this is affecting heritage places in practice. A comparison will then be made of these outcomes across the state jurisdictions with some further analysis of how this may influence future decision making for places in neighbourhoods and areas in those jurisdictions.

This work will contribute new knowledge to the heritage sector by providing an empirical and comparative review of the influence of the Burra Charter in the Australian context. It will enable further work to be undertaken to influence decision makers as to the benefits of including the Burra Charter in key legislative instruments across the nation. 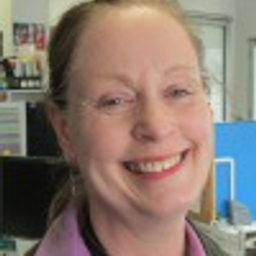