As historic cities are dynamic systems that inevitably change over time, one of the key problems that emerges in heritage management and heritage conservation is how to cope with these changes while protecting the valued elements of the existing townscape. This is especially challenging in historic cities that have suffered a rapid decline of their existing uses, remaining obsolete for a long period after once being markedly prosperous. In such cases, heritage can act as a catalyst for urban regeneration. Heritage-led regeneration will require fruitful collaboration among a wide range of professionals. This paper will stress specifically the necessity to bring urban design and heritage studies together for driving participatory approaches to heritage-led regeneration. Indeed, a gulf in understanding between those who approach urban regeneration from the perspective of the social sciences and those coming from a design or planning background has already been noted in the literature. This gap can have unintended consequences to heritage and the surrounding communities because the potential role of heritage in informing urban design and shaping the physical, functional and social attributes of public spaces is neglected. Similarly, urban design is often a neglected tool in the field of conservation.

This argument will be exemplified through the analysis of public attitudes toward the recently regenerated area around the King’s Cross Station in London, UK. The attitudinal study aimed to unveil the ways in which contemporary urban design has an impact on the surrounding heritage and vice versa, with the aim to demonstrate the potential of this interaction to contribute to the social sustainability of both aspects. In more detail, the paper will illustrate: how the presence of heritage can play a role in informing urban design choices and shaping the physical, functional and social attributes of public spaces; how contemporary urban interventions and regeneration schemes affect the significance of heritage assets and whether these strategies can contribute to conservation goals; and how the interrelationships between urban design and heritage conservation can contribute to achieve social sustainability for both the historic assets and the urban public spaces.

One hundred attitudinal questionnaires were collected at the Granary Square of the Station area in order to establish the ways in which a sense of place is shared among the local community and the role of heritage in this process. The findings were corroborated with data collected through semi-structured interviews and online communications with experts who were involved in the implementation of the project. In addition, static snapshots of the Granary Square were produced to capture the concentration of people using the space at particular times of the day. Data collected through this method were used in order to add a sense of scale to the questionnaires conducted in the Granary Square, by providing information on the number of users and their distribution in space. Interviews with the experts revealed gaps between design-led approaches and social or heritage-related approaches to urban regeneration. When heritage drove urban regeneration, this mostly referred to listed buildings and physical structures. On the other hand, the findings from the attitudinal study revealed an association of the place with memories and intangible meanings, implying the presence of a “sense of place,” a distinct ambience closely linked to the local identity of the area. More interestingly, in the public survey heritage was not mentioned or described as a distinctive element that is separate from other elements of the city scape. It seems that people might perceive heritage as embedded within the place and, thus, not refer to it as a separate attribute, a hypothesis which will be discussed in the paper, bringing up subjects for further research. 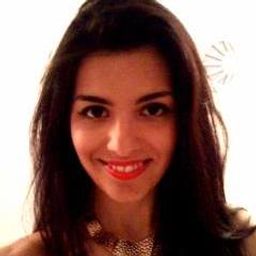