After Paradise: Inequalities Resource Access and Resilience After the 2018 Camp Fire

As a result of anthropogenic climate change, the length and severity of wildfire seasons in the Sierra Nevada has  doubled since the 1970s. In 2018, the Camp Fire became the most destructive fire in California history, burning more than 18,000 structures and forcing residents to evacuate and seek shelter elsewhere for long periods of time. In light of the increasing frequency of fires, more research is needed on the social impact of protracted displacement and its effect on survivors’ subsequent resilience. This study uses Bourdieu’s Forms of Capital to explore how and why resilience and long-term recovery are influenced by difficulty accessing recovery resources after a wildfire disaster.In-depth interviews with 36 survivors 7 to 12 months after the fire revealed that existing methods of post-disaster resource distribution were biased such that those with lower levels of economic, social, and cultural capital were less able to gain access to recovery resources from private insurance companies, governmental agencies, non-profit organizations, and social media crowdfunding groups. This created significant differences in survivors’ recovery trajectories; while some families were able to quickly find housing and transition into thinking about recovery within a few weeks after initial evacuations, many survivors remained in tenuous situations for months on end, during which finding housing and meeting basic survival needs were their primary concerns. These disparities in reaching day-today stability has further compounded social inequalities and created gaps in resilience among Camp Fire survivors in the COVID-19 pandemic. In highlighting how and why insurance companies, governmental agencies, NGOs, and social media crowdfunding groups currently function as mechanisms of social marginalization and inequality during the recovery process, this study provides a framework to improve equity in recovery outcomes and develop effective adaptation and resilience strategies in a rapidly changing climate. 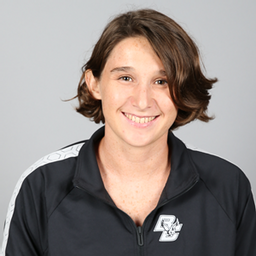