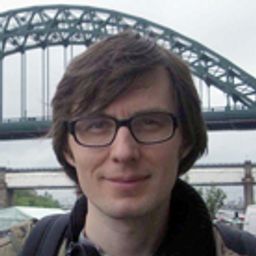 Professor
McGill University
Participe à 2 sessions
Brief research history
My PhD was supervised by Kevin Laland at the Sub-Department of Animal Behaviour, University of Cambridge, where I addressed these questions with laboratory and field experiments using populations of guppies (Poecilia reticulata) and comparative studies of innovation and cultural transmission in non-human primates.
After my PhD, I took up a Bellairs fellowship at the McGill field institute in the West Indies. I studied six species of bird in Barbados which form an opportunistic avian "guild", in order to examine the population dynamics and reproductive payoffs of cultural transmission, and the relationship between innovation, asocial learning and social learning. As a Royal Society postdoctoral fellow at McGill University, working under Louis Lefebvre, I continued my work on behavioural flexibility in birds and brain evolution in mammals.
In January 2003 I began an assistant professorship at Utrecht University, in the department of Behavioural Biology, and I received tenure late 2004. At Utrecht, I began work on human social cognition, while my animal experimental research has centred around fish (guppies and zebrafish). Current research foci are decision making between conflicting information sources, cumulative cultural evolution, and the neural mechanisms of social learning.
In 2011 I returned to the Biology Department of McGill University as a tenured associate professor, maintaining a joint appointment with Utrecht as an affiliate professor.
I am an associate editor for Frontiers in Psychology, serve on the editorial board of Behavioural Processes and Animal Biology, and was a consulting editor for Animal Behaviour. I am a member of the McGill-STRI Neotropical Environment Option (NEO, a collaboration between McGill and the Smithsonian Tropical Research Institute) and the Quebec Centre for Biodiversity Science (QCBS).  Website