Memory and Heritage: Oral Narratives and Cultural Representations of Industry, Work and Deindustrialization in Scotland

Industrial heritage in Britain has tended to be romanticised in museum ‘cathedrals’ and ‘theme parks’ (like Beamish), with workers’ lived experience subordinated to the machines, buildings and physical artefacts that dominate these spaces. Here workers’ lives are more often than not celebrated rather than critically reconstructed and interpreted. The politics, class relations and struggle, violence, poverty and murkier side of working life is increasingly being neglected as the past is sanitised for public consumption in the name of positive image-building. Examples in Scotland would be the UNESCO site of New Lanark (textile mill), the Scottish Mining Museum near Edinburgh and the recently opened Transport Museum in Glasgow. This links to wider debates around deindustrialization and ‘smokestack nostalgia’(including the seminal work of Steven High) which have identified a tendency to uncritically sentimentalise the industrial workplace. In this selective remembering, the lived and embodied experience of the people who worked in these spaces and were directly affected by deindustrialization is being airbrushed out whilst the industrial workplace sometimes appears benign, shorn of the class, gender and power relations in which it is embedded.

This session proposal pivots around oral heritage, bringing together four papers based on original unpublished research and all incorporating oral history methodology to critically interrogate narratives of work, job loss and deindustrialization. In terms of place, they focus on the port city of Glasgow and the Clydeside industrial conurbation in the second half of the twentieth century. Memory studies provide an opportunity for a refocused narrative based around the testimonies of marginalised working class, women and ethnic minority groups. Sharing authority in oral history projects can be empowering and play a role in community building. We are interested in lived experience and how the people directly affected represented, framed, interpreted and shaped their past in community movements, campaigns, protests, regeneration struggles and their emotional connection to physical heritage. This approach enables a more complex picture of the multi-layered impact of deindustrialization and

its social and cultural legacy to emerge. An oral history approach has the capacity to challenge existing interpretations of the past and how it has been represented in academic discourse and public history. The papers are from researchers based at the Scottish Oral History Centre, University of Strathclyde, Glasgow. 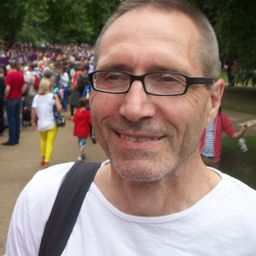