Vietnam has one of the most dynamic emerging economies in the world, and heritage tourism plays a significant role in this regard. Tourism in Vietnam has exploded since the beginning of the doi moi (open door) policy instituted in 1986. The number of international visitors has grown from one million in 1994 to 6.8 million in 2012 and 7.8 million in 2014, and accounted for 52% of spending for travel and tourism gross domestic product (GDP) in 2014. At the same time, domestic tourism has grown exponentially and accounts for 48% of travel and tourism-related GDP. Concomitantly, heritage tourism has greatly expanded as well, paralleling the interest, from both the state and public perspectives, in cultural heritage. All eight of the Vietnamese sites (five cultural, two natural, and one mixed) inscribed on the UNESCO World Heritage list date from 1993 or later, and currently seven sites are on the tentative list.

In the final section, this paper argues that there actually exists a very interesting, and fairly consistent pattern of stylistic architectural dialogue across colonial and postcolonial periods in Ho Chi Minh City, from the late nineteenth century to today. Two of the most iconic colonial-era buildings, the Opera House and the Central Post Office, have continued to exert influence on later designs built in varied architectural styles. Their motifs are echoed and replicated by a number of buildings of the postcolonial era. The most salient stylistic consistency in the city is the unusually large quantity of buildings with curved, rounded corners that give long stretches of streets their unique and cohesive character. Focusing on the delicate subject of the place of colonial-era architecture in the heritage politics of contemporary Vietnam, this paper argues that generations of architects across colonial and postcolonial periods were clearly inspired by existing architecture of the city, and that such influence is discernible from the material evidence of the buildings themselves, in the face of the general absence of any direct acknowledgment of such influence. This paper, therefore, advocates for a broadened view of architectural heritage in Vietnam; one that takes into account multiple layers of architectural evolution. 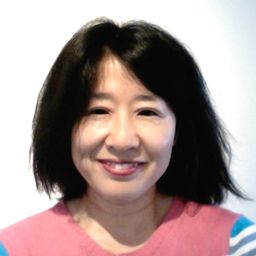