11.20  The Rhetoric of Looking: The Case of the National Gallery in London after WWII

The discursive turn in the field of heritage studies has made a major contribution to our understanding of heritage as a set of processual practices and co-constructed meanings, demonstrating not only the inherently contingent and contested nature of heritage but also acknowledging its role in the legitimation of specific relationships of knowledge and power. This paper will build on these debates from a historical perspective, by discursively exploring the ways in which a distinct rhetoric of access was mobilized in the National Gallery (London) after WWII, in tandem with its program of professionalization.

Specifically, the paper will consider how a pervasive discourse of openness and honesty was implemented in official publications as part of a wider agenda of democratic reconstruction, and will briefly explore its impact on curatorial and conservation practices. At the same time, it will situate this rhetoric in relation to concerns with heritage specialization to examine how they defined the scope for public engagement. Rather than merely seeing both instances as mutually exclusive, however, the paper will investigate the internal logic of publicness and professionalization as a series of co-dependent operations of reflection, selection, and deflection that simultaneously enabled openness and closure, freedom and coercion, at once defining and blurring the boundaries that separated the public from the expert.

The duality implied in this public rights demand (outward movement) and the professional field of the expert (inward movement) was centred on the trope of access as “looking.” This was consistently articulated in a series of public reports, whose rhetorical claims to self-exposure made the Gallery’s internal mechanisms visible to the outside world at the same time as they crafted a self-serving institutional identity. Such developments found correspondence in the remodeling of war-torn galleries and its cleaning policy, both of which sought to assist visitors in the act of “looking” while modeling practices of visiting and viewership. Placing emphasis on the act of “looking,” the paper will explore how this rhetoric of access at once facilitated and curtailed visitor visualization. The mirroring of these visualizing processes in the triad of publications-curating-cleaning is indicative of the tension between publicness and professionalization, as an attempt to dislodge the authority of judgment onto the beholder who is now “free” to look, whilst delimiting this freedom by framing the very context and conditions for looking (rhetoric of reports, galleries, cleaning).

In sum, the paper will explore the rhetorical production of a particular narrative through a body of publications, as reflected in gallery design and conservation praxis, which aimed at achieving cohesiveness and fostering a neutral voice that could serve the dual agenda of plurally “speaking to” the many and “speaking for” the single voice of the professional. 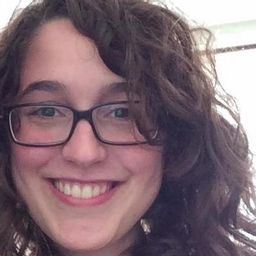