10.00  Demolition and Reconstruction of the City’s Identity: The Heritage Project, Heart of Sharjah

In a context of globalization, cities compete to be distinguished internationally for their specific peculiarities. Cities utilize their historic heritage or use iconic projects to enhance their attraction. Identity is often associated with an image and the image-making or identity-making of cities is used as branding strategy. In the United Arab Emirates the branding of the cities of Dubai and Abu Dhabi is mainly based on megaprojects and the signature of starchitects. Nevertheless there is a big contrast between Dubai, famous for iconic contemporary projects related the global architecture, and the contemporary architecture of its neighbour, Sharjah, characterized by the reuse of traditional Pan-Islamic features.

The city of Sharjah is located only a fifteen minute drive from Dubai but its identity project is different. The city emphasizes the creation of a feeling of authenticity as a touristic destination. The cultural and branding strategy of Sharjah highlights the Islamic heritage and encourages the conservation and promotion of local Islamic tradition. Sharjah was awarded the title of Cultural Capital for the Arab World in 1998, the title of Islamic Culture Capital in 2014 and the title of Arab Tourism Capital in 2015. The heritage is used as tool for touristic promotion as well as for building a national identity, and in the late 2000s, Shurooq (Sharjah Investment and Development Authority) launched a huge heritage project called “Heart of Sharjah.”

The project Heart of Sharjah is a new built heritage project based on restoring historical urban fabric, reconstructing new heritage buildings reviving traditional architecture and demolishing modern buildings. It is the reconstruction of the city centre as it was in the 1950s before its modern transformation. In Sharjah during the 1960s and 1970s, the oil discovery and the modernization of the city engendered a construction boom and major urban changes bulldozing old traditional settlements and creating a discontinuity with the past. This recent project, Heart of Sharjah, aims to reinforce the city’s premodern local and Islamic identity and to enhance the city’s attraction as international business and touristic destination. The project is considered “the region's biggest heritage project to date” and has been registered in the tentative list of World Heritage Sites by the United Nations Educational, Scientific and Cultural Organization (UNESCO). The identity of the city in this context is not defined as dynamic and inclusive of all periods of the city’s history. It is an image of a lost past and this understanding of the city’s identity as a static image of an exclusive historical period leads to the demolition of the modern heritage representative of another important period of the city’s history. In fact, the new heritage project is bulldozing seventeen modern buildings representative of 1960s and 1970s architecture in order to recreate the feel of the past. The demolition of these buildings in good condition has also had an impact on the demographics. Indeed, families and small businesses occupied the modern buildings for years. This population has to leave the heart of Sharjah that will be occupied by touristic facilities and wealthier residents. This paper will analyze the historical facts and orientations shaping the city, the political discourse behind the project Heart of Sharjah and the architectural and urban drawings representing this project. It will aim to outline the city’s identity definition in the written and visual discourses and its impacts. 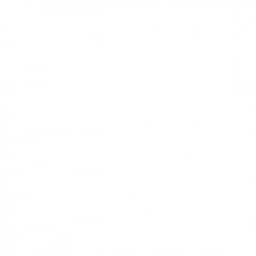