Legacy of innovative land use after open pit mining

The legacy of open pit mining in general, and in the landscape of the Lusatian lignite district in Germany in particular, is a recultivated, restored, man-made, technogenic landscape. However, the future post-mining land uses in Lusatia must be understood as an opportunity that enables future-oriented land use not only from a technological-scientific and economic basis, but also from a social and especially cultural perspective. Therefore, the currently often negatively described Lusatian mining and post-mining landscapes are discussed as a source of new international appreciation and regional cultural identity. Lusatia can be seen as a landscape laboratory in which lignite open pit mines are innovatively recultivated, renaturalized, restored, reclaimed and redesigned continuously and for more than a century, according to the models of the respective times.

But this is not just an issue of Lusatia. Instead, strategies for adapting forestry, agriculture and horticulture as well as urban development of post-mining landscapes are increasingly needed around the world, against the background of climate change in particular.

The following key areas of interest in the hereby suggested session are a) innovative (agri/forst)cultural post-mining land-use, b) innovative planning strategies, c) innovations in resettlement strategies and d) innovative re-use of industrial building and technical fabric. On agricultural and forestry recultivated sites of the Lusatian mining landscape, low-nutrient and humus soils with low water retention capacity predominate. Many different strategies for removed and/or devastated settlements have been used during the last century. The planning culture has changed fundamentally over the decades, with results of ongoing research and within the different political systems in this area.

For the development of innovative land-use approaches, there is a large number of scientific-historical references in Lusatia and Brandenburg, already. Albrecht Thaer, for example, succeeded in practicing the importance of humus stock formation for agricultural production in the years 1809-1812, especially for the nutrient-poor and dry sites. He published it in “The Principles for Sustainable Land Management”. Rudolf Heusohn took up these principles and developed the scientific foundations of soil melioration for recultivation in Lusatian post-mining areas. The concept of near-natural, ecological forest management was also developed in Brandenburg at the beginning of the 20th century. By now it is assumed that the ensemble of Lusatian open pit mining landscapes and the mosaic of twelve decades of restoration efforts are unique in the world. The tradition of land-use research and innovation also shows how successful the region has been in the past with challenges of mining wastelands.

Of special interest is, to what extent traditional land use forms or historical land innovations in current research can be taken up and reflected on?

Linking unique innovative land-use tradition with innovative land-use research at the cutting edge of the times is the recent aim of research initiatives in Lusatia. The communication of the comparison of traditional and post-mining land use of Lusatia in particular aims to strengthen regional identity as well as the prospect of an economic development for local authorities and is relevant to the tourism sector of the region up to international recognition as a cultural landscape of international importance. 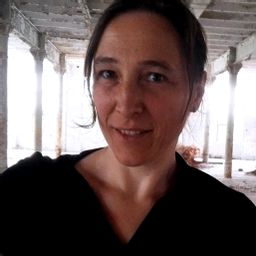