What:
Paper
Part of:
Reinterpreting industrial heritage from a global perspective VII
When:
9:30 AM, Wednesday 31 Aug 2022 (20 minutes)
Where:
UQAM, pavillon J.-A. De Sève (DS) - DS-R525
How:
The industrial decline in the western world in primarily the 1960s and -70s had resulted in a dramatic loss of small and medium-sized industries. The global restructuring of industrial production continued during 1980s to -90s with relocation of bigger production facilities in order to increase cost-effectiveness. In the quest for more low-cost production, never-ending industrial shutdowns follows in the footsteps of industrialisation, providing motivation and reason for industrial heritage practices. The industrialisation as a movement might reflect a process following in the footsteps of colonialization, where heritage practices out of a western world tradition are trailing. From cultural sciences perspective ‘heritage’ is often studied as a source for conflicts, based on an understanding of the concept as a mean for narratives excluding ‘unwanted’ interpretations. As a counterweight ‘heritage’ is explained as a social construct within present society. In this context ‘heritage’ becomes relativistic and possible historical qualities and properties might be overshadowed due to the perceived relativeness of heritage. This critical understanding of ‘heritage’ including industrial remains, becomes even more problematic when applied globally in different cultural contexts. Such relativistic heritage concept pave the way for political, nationalistically based interests promoting excluding, ethnically dividing, traditionally nationalistic based heritage assumptions. The main challenge now for the practice and concerned academic disciplines, is to problematize and revitalise heritage as a driver for inclusive sustainable growth and to move towards diverse cultural and sustainable development by innovative heritage-led regeneration based on a multi-stakeholder involvement. This might require a revised understanding of the toolbox for industrial heritage practices. This paper discuss the possible contextual framing of such a toolbox and its components. It further examines the processes contributing to define industrial remains as assets for local identity and economic renewal. The paper is based on the author’s experiences from organising university courses in industrial heritage practices, professional practice as an industrial heritage practitioner in a public body in Sweden, and engaging in heritage based activities concerning industrial remains in India and Albania. 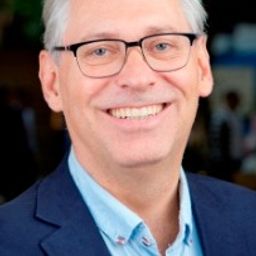