The Global and Local Section of TICCIH aims to continue its collaborative work by organising a separate session within the framework of the 18th congress in Montreal, Canada. Following its previous sessions centred on various subjects at the Freiberg, Tampere, Taipei and Lille TICCIH conferences, this time the Section will focus on the identity of industrial civilisation in the post-communist countries in Central and Eastern Europe from the angle of its industrial heritage, lost or preserved, in accordance with the driving thoughts of the congress organisers.

Although the term 'industrial heritage' was absolutely unknown in the communist era, the history as well as the material evidence of industrialisation and labour was highly appreciated in the countries of the Soviet bloc due to economic, political, and ideological reasons. As a result, numerous industrial and technical museums were established, industrial monuments protected, scientific articles and books published on industrial history in every country. The change of the political system, however, has substantially modified the public attitude to the tangible and intangible heritage of industrialisation in the 1990s, frequently endangering its survival. Despite definite improvements related to its conservation and reuse in the past years of the 21st century, industrial heritage is still not properly recognized in the post-communist countries. Strikingly, the material remains of communist-era industrialisation have been neglected most.

This session will primarily address identity as well as social issues, originating in the specific historical circumstances prevalent in the Central and East European countries in the communist period, in relation to industrial heritage preservation. What were the social effects of 'forced' industrialisation on local, national and regional level? How did it modify the identity of workers? What initiatives have been made to preserve the heritage of communist-era industrialisation? By what stakeholders? What were the reasons for its successs or failure? Whose bequest? Whose inheritance? How can preservation facilitate solving current identity and social problems in the region?

These are only few of the questions to be discussed by the participants of the session, mostly including the members of the Global and Local Section, while open for all those who are also interested in the subject. 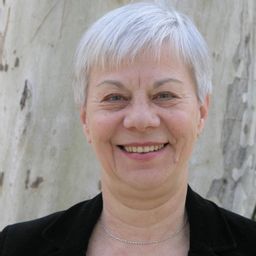