The role of industrial heritage in urban development has been extensively acknowledged in guiding and legitimizing the policies and discourses implemented by governments mostly to ensure the continuity between the past, present and future. Mega-events such as sports (e.g. Olympics, World Cup, etc.), cultural (Universal Expositions and national Exhibitions), economic (trade and technology fairs) events are often opportunities used in a top-down process to reinforce the mobilization of the industrial past to promote place branding, new and modern urban development and implement societal change. The urban economic and political elites are generally the mediating actors that translate and embed global objectives into local realities. Urban entrepreneurialism is iconic of such public-private interests not only for infrastructure and landmark development, but also in terms of policies regarding sustainability as well as better lifestyle for the inhabitants. The vision and objectives of material and immaterial transformations referring to social engineering for some scholars or supported by sustainability and inclusive development goals for others have to be diffused, shared and finally embodied by citizens and inhabitants. However, the empowerment (or the voice) of inhabitants varies from debates and tensions up to conflicts depending on the political system (democracy vs authoritarian states), poverty and dispossession.

This panel aims at drawing a comparative perspective that addresses the relationships between the organization of mega-event and industrial heritage for urban regeneration and growth in order to identify common trends and local variations. The comparison incorporates cases studies from different periods of industrialization since the 19th century, types of industries (textile, automobile, steel, etc.) and industrial cities in Western world (Western Europe-North America) and emerging countries such as post-socialist countries (Eastern Europe, Asia) and others (Latin America, Africa).

The four following themes are expected to be questioned:

• The coupling between mega-events and urban growth has been often considered as an epitomized model of post-industrial development based on consumption and leisure. Industrial heritage functions in many cases (Beijing, London, Torino, etc.) as a place branding device to build creative districts or new areas for tourism at a global scale. However, the economic positive impacts of mega-events need still to be questioned. To what extend do exist alternative models or can mega-events be better used for a more locally oriented development and social needs?

• What are the narratives, tools and policies implemented by governments to legitimate the events and shape citizens in order to adopt civilized and social practices that secure the organization and venue of such mega-events?

• What are the realities and changes of people lives induced by the long planning and organization of mega-events? Do we always observe a capture of events by elites and discrepancies between wealthiest, middle-class and dispossessed (population displacement, social networks loss, resistance, selective and divising citizenships, etc.)?

• How sustainability and environmental issues are addressed, defined, by and for whom? Since sustainability has become a key component of the organization of mega-events, what kind and in what extend industrial sites and heritage are mobilized to contribute to sustainable goals through environmental, social and political programs? 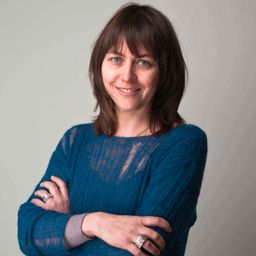