Each year from 1993 in Seattle until 2010 in Yokohama, the Asia Pacific Economic Cooperation (APEC) group met, and a political “fancy dress” was designed to be worn by each head of state for the formal photograph. The official pictorial documents are termed “family photos” in the journalist jargon. The dress was deemed to reflect the heritage of the host nation. Clothing ranged from Canadian leather bomber jackets, Chilean ponchos, Indonesian Batik to Australian “Driza-bone” coats. In 2011, this “tradition” ended by the US President, Barack Obama, as he felt that the economic climate required a more serious approach to the meeting. Yet, in 2012, the value of such dressing, as such, has seen a re-instatement of this apparel.

Suits indicate modernity. Since the industrial revolution, the tailored suit has been considered to be the dress of modern politics. However, in the late twentieth century an assertion by non-western countries and newly formed nations, there has been a trend toward “traditional” clothing rather than the suit. Arguably wearing such heritage is to give a display of solidarity, obscuring the differences between economies and political divergences of the represented countries and states. It could also be conceived that countries were willing to consider an alternative point of view, like walking in another’s shoes. This “photo opportunity” needs a thorough investigation in the context of dress and globalization.

The devised outfits are not traditional folkwear or dress from the elite ruling-classes’ sartorial wardrobes by any means. Although received in a humourous light, particularly by the western press and some leaders, the semiotics of this dress is understood by most of the wearers. Political leaders know all too well the theatrics of performing on the political stage. Political aspirations are crafted and individuals holding the reigns of control take advantage of the fluctuations of fashion to manipulate the politics of dress and the appearance of power. These nations represented at the APEC forum are aiming to be modern economic, political and military states, despite the varied membership from authoritarian rulers through to those reflecting western democracy.

APEC example indicates not only a shift that has occurred in the appearance of power, but also how an ideology can be expressed in fashion. This paper will argue that performance of wearing heritage dress plays a significant role in globalized politics. 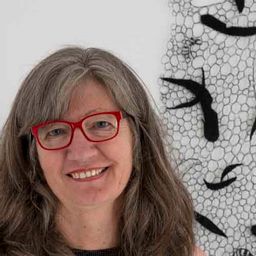