Maverick Heritages. Ugliness, Discomfort and Illegality in the Political and Social Construction of Heritage

Thèmes:
Heritage as an Agent of Change (Epistemologies, Ontologies, Teaching)Heritage Changes the Social OrderTourism
Quoi:
Regular session
Quand:
11:00, dimanche 5 juin 2016 (1 heure 30 minutes)
Où:
UQAM, pavillon J.-A. De Sève (DS) - DS-M240 - SALLE ANNULÉE
Comment:
With regard to the main question of the 3rd ACHS Biennial Conference, "What does heritage change?" the convenors of this session propose ethnographic evidence of contradictory spheres of value by showing how encounters between official rhetorics of heritage and borderline/illegal ethics and objects produce social change. In particular, they explore, through an inclusive approach, the social and political constructions of heritage by questioning the aesthetic dichotomies of beauty/ugliness, properness (goodness)/moral pollution, formality/informality, order/disorder, and cleanliness/dirtiness, among others, as part of the representations of heritage. They include in the discussion, those places of social memory that are outside of official local, national and international naming organizations’ considerations of heritage. Imbricated in these processes are layers of opacity and transparency, rooted in official regulations and customary and common practices, that allow for the heritagization of places and concurrent aesthetic and political negotiations of those places by the heterogeneous categories of actors at stake (tourists, vendors, local officials, residents).
The first section of the session focuses on relationships between regulated places and "alien" actors. Despite most heritage sites being strictly regulated through juridical, deontological or moral norms, "unauthorized" actors (for instance, street vendors, beggars or "clandestine" migrants), if not invading and occupying the sites per se, place themselves in the public places around "heritized" places. While such actors tend to be negatively characterized by politicians, city planners and formal-sector business owners as a blight on the aesthetics of heritage sites, it is far from clear that those who visit heritage sites and those vendors sell in and near the sites conceive of such a dichotomous relationship. Such frictions generated by the co-habitation of different spheres of value configure the aesthetics of heritage spaces as complexes of social, political and economic processes.
In the second section of the session, we extend our reflections on the structural contradictions imbricated in the rhetorics of beauty with regard to "heritized" objects (antiquities and ethnographic items circulating through the international market and "heritage" logos). We investigate the interrelations between opacity and transparency—the situations establishing ethical and aesthetical taken-for-granted intrinsic values in order to show that the sentiment of "beauty" and "goodness" of a given final product (objects, practices, individuals or categories) is directly proportional to the degree of opacity of production stages of products.
Convenors will be pleased to receive papers fitting the parts below:
Part I - The politics of aesthetical authenticity in relation to the anti-aesthetics of pollution
Throughout the world there are numerous examples of the proper order and organization of places and people being inverted. In heritage sites, despite the dominant discourses of the state, UNESCO and tourism industry, the sense of objects, places and words can take on counter aesthetics and alternative meanings for political and economic reasons. Here, we explore how political and aesthetical authenticity is constructed in different heritage domains through a selective concept of aesthetical pollution.
Part II - Ontologies of beauty and illegality within the clandestine art trade
The construction of heritage and clandestine art trade are often mutually constituted in heritage sites. This slot focuses on the organic relationship between beauty and Illegality in art trade. Here, we question how places are affected by the aesthetics and ethics that serve to brand a place/object, leading to new negotiations of value through alternative concepts of beauty that emerge from the ways that places and objects are "heritized" and used within logics of tourism and market. 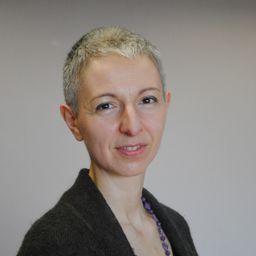 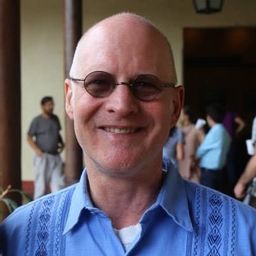